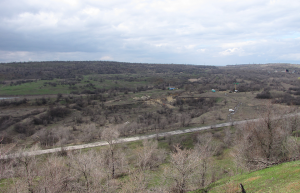 Ukraine-focused iron developer Black Iron has provided an update on the progress of a formal offtake process and construction and investment agreements for its Shymanivske iron ore project.

Black Iron is reviewing proposals from the first round of submissions from groups looking to secure rights to purchase the entirety of the 4 million tonnes of pellet feed expected from the asset each year, at a slight discount to the market price. The selected party would make an investment towards project construction. After the reviews are completed, some of the groups will be invited to participate in a second round of discussions, which would include more detailed data and potential for site visits.

This second round is expected to be completed early next year and will be followed by binding submissions to invest and secure offtake rights.

Black Iron is also issuing requests for proposals to engineering firms for the relocation of a training facility held by Ukraine’s Ministry of Defense, which is situated where the processing plant and tailings and waste rock stockpiles are expected.

A 2017 preliminary economic assessment for Shymanivske outlined a 17-year, two-phase mine and process plant build, with the first, 4-million-tonne-per-year phase producing a high-grade, low-impurity concentrate at 68% iron for steel production. An expansion to 8 million tonnes per year would start up in the fifth year. With average operating costs to produce the iron concentrate pegged at US$33 per dry metric tonne, the initial capital cost estimate stands at US$452 million, with an additional US$364 million required for the expansion. The resulting after-tax net present value estimate stands at US$1.4 billion, based on a 10% discount rate, with a 34% internal rate of return.