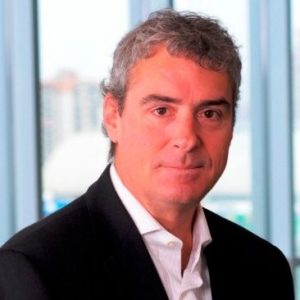 Simon Houle is now the chief geologist for Azimut Exploration; Francois Gagnon has been promoted to the role of project manager.

Tom Devlin, the CFO of Canada Silver Cobalt Works and Granada Gold, has passed away.

As part of the transaction to acquire the interests of Empire Metals in the Bolnisi gold and copper project in the Republic of Georgia, Candelaria Mining plans to appoint Mike Struthers as CEO and to the board. Neil O’Brien will also join the Candelaria board. The appointments are subject to the closing of the above transaction, which is expected on Dec. 7.

Mike Eiselein has been appointed to the role of VP, general manager, of the Hycroft mine for Hycroft Mining.

Saurabh Handa has been appointed CFO of Metalla Royalty & Streaming.

Richard Penn has resigned from his post as CEO and a director of Rain City Resources. Christopher Reynolds has been appointed CEO and president.

Sailfish Royalty has announced changes to its board and management team. Akiba Leisman is now director and executive chairman, Cesar Gonzalez has been named CEO and Bryan McKenzie is now CFO.

John McGloin is now a director of Cornish Metals.

Jaimie Donovan has been named a director of Dundee Precious Metals.

Ernie Eves is now a director of Hemlo Explorers. Eves is the former Premier of Ontario and former Finance Minister.

Jean Des Rivières has been appointed to the board of Montero Mining and Exploration.

The board of the Nickel Institute has elected Daniel Chandler, commodity manager for South32 Marketing, as chairperson.

Joseph Mullin has been named to the board of Pure Energy Minerals.

Andrew Cheatle has joined the board of Tanzanian Gold.