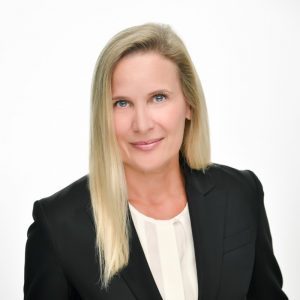 Ian Harris has been named VP of engineering with Benchmark Metals.

Matthieu Lapointe is now the VP of exploration with Labrador Gold.

Norm Pitcher, the CEO of Mirasol Resources, has resigned. Pitcher will remain CEO until an appointment of his successor or Feb. 1, 2021, whichever is earlier.

Jason Macintosh has been named CFO of Moneta Porcupine Mines.

Cheryl Stein has joined Oberon Capital as VP of business development. Oberon arranges flow through financings, and works with the brokerage community to arrange for the subscription, donation and sale of flow through shares to institutional investors globally.

John Sanders is now the COO and a director of Pasofino Gold. Ian Stalker has been named president and CEO for Africa and Steven Dunn is now CEO of North America. Christian Scovenna has resigned as a director.

Pretium Resources has announced that Tom Yip, executive VP and CFO, has stepped down as CFO. Yip will continue to serve as executive VP until Oct. 30. Matthew Quinlan, previously VP of finance, is now CFO. In addition, Kenneth McNaughton, Pretium’s VP and chief exploration officer, has retired.

Sentinel Resources has announced the appointment of an experienced exploration team for the acquisition and exploration of gold and silver projects worldwide. Peter Pollard is now a director and chief geologist; Danny Marcos has been named exploration manager.

Sigma Lithium has made management and board changes, in preparation for the upcoming construction of the first phase of its Grota do Cirilo project. Maria Jose Salum is now chief sustainability officer. Maryse Belanger has resigned as vice chairman; Ana Cabral Gardner was appointed as co-chairman, joining Calvyn Gardner, who has also become co-chairman of the board.

Following the announcement of a reverse takeover with Grafoid, Stria Lithium has announced changes to its management team and board. Gary Economo has resigned as president and CEO of Stria; Jeffrey York, chairman of Stria, will act as interim CEO and president until the close of the transaction. Economo and Lindsay Weatherdon have also stepped down as directors.

Jeffrey Couch has joined the board of Caldas Gold.

Patrick Moryoussef and Yves Rougerie have been appointed to the board of Canadian Metals.

Carolyn Clark Loder is now a director of K2 Gold.

Laurent Mathiot has stepped down from the board of Orea Mining.

Craig Parry and Christian Kargl-Simard are now on the board of Surge Copper.