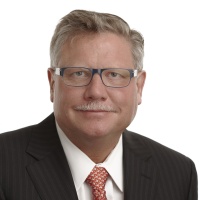 James Scott has joined Fireweed Zinc’s management team as senior VP of projects. In this position, Scott will coordinate the activities required to advance the Macmillan Pass project toward production.

William ‘Steve’ Stearns Vaughan, a director of Galleon Gold, has passed away.

Harte Gold has announced senior management changes: Frazer Bourchier is now the company’s president, CEO and a director, replacing Sam Coetzer, who has stepped down as president and CEO for personal reasons; Coetzer will continue as a director. Martin Raffield has also stepped down as executive VP and COO; Raffield will remain a consultant to Harte until the expansion feasibility study is completed. Dan Gagnon has been promoted to the role of VP of operations, from his previous post as general manager of the Sugar zone mine. Bourchier was most recently COO of Detour Gold.

Honey Badger Exploration has announced new senior-level executives to coordinate and deploy its silver-focused strategies. New CEO, Eduardo (Ed) Baer replaces Chad Williams. Williams will remain chairman of the board. Pat Dubreuil has been appointed to the position of VP of community and First Nations engagement. Donna Yoshimatsu is also joining the company as VP of investor relations; Edmond Thorose is joining Honey Badger as VP of corporate development.

GoldMining has appointed Alastair Still as executive VP and chief development officer and as director of technical services of its subsidiary, Gold Royalty, effective Oct. 1, 2020.

Grizzly Discoveries has announced that Chris Beltgens will lead its corporate development efforts.

Pacific Bay Minerals has announced additions to its management team: Sebastien Ah Fat is joining as VP of exploration, Antonio Vespa has been named VP of operations, and Helder Carvalho is now VP of corporate development. William Smith has also joined the board.

Michael Leskovec is now on the board of Aurelius Minerals.

Yari Nieken has joined the board of Bam Bam Resources.

Stanislav Delchev has been appointed a non-executive director of Euromax.

Stephen Letwin has been appointed to the board of Frontier Lithium.

Walter Coles has joined the board of Gold Bull Resources.

Gold79 Mines has announced changes to its board of directors: Derek Macpherson has joined the board and Robert Johansing has stepped down as a director but remains a member of management team as VP of exploration.

Harte Gold has also announced changes to its board, with geologist Doug Cater joining the board, Cater replaces Richard Sutcliffe. Jim Gallagher has also stepped down from the board.

Reyna Silver has announced changes to its board: director Peter Jones has been appointed chairman, succeeding Sandy Chim, who has stepped down as chairman and director to chair the company’s advisory board. Evaristo Trevino has also joined the board.

Anthony Dutton has been named a director of Sanatana Resources.

Alan Chirgwin has resigned as a director of Turquoise Hill Resources; Alfie Grigg has joined the board.

Ross Orr and Fraser Laschinger have been appointed to the board of Voyageur Mineral Explorers.