Ridgestone hits shallow gold and copper at Rebeico in Mexico 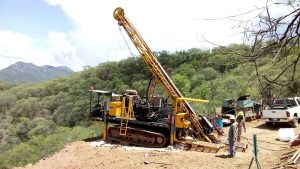 In the release, George added that, based on the hole-to-hole gold and copper content variability, the mineralized system suggests multiple emplacement phases.

The most recent drilling tested the mineralization down to a vertical depth of approximately 170 metres with deeper holes planned for the eastern edge of the New Year zone. In addition, the company is planning a regional-scale targeting exercise for follow-up drilling to extend the mineralization.

At Rebeico, Ridgestone has defined four primary target areas: New Year; Alaska; a geophysical anomaly in the southeastern portion of the property; and the greater under-explored holdings.