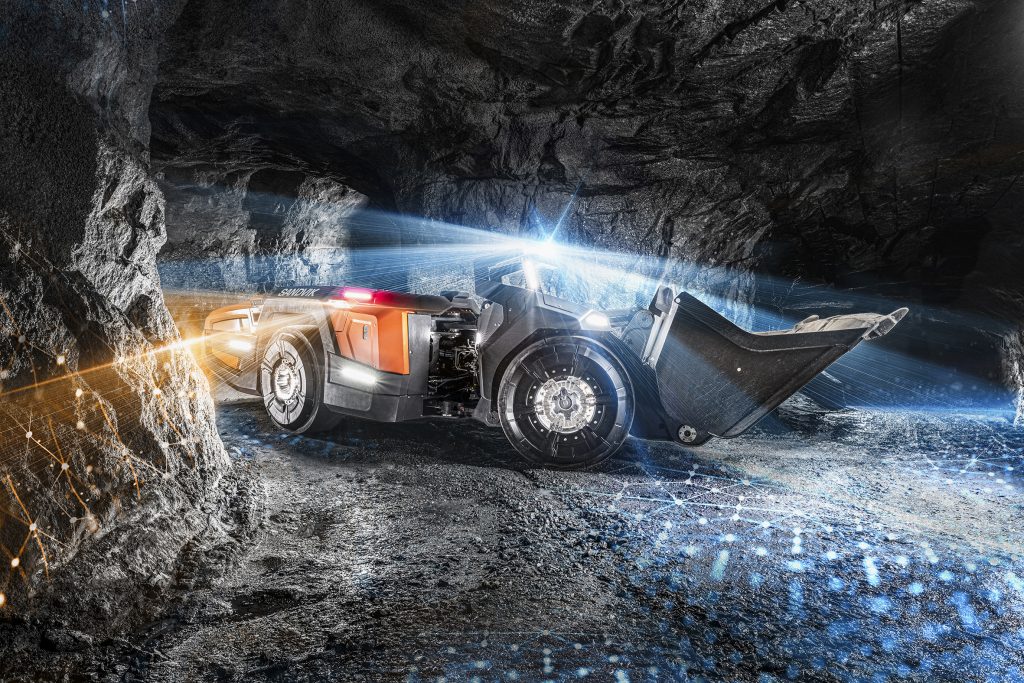 Sandvik is launching a raft of new, innovative products in an innovative way – during the first-ever virtual event to be broadcast live from a mine.

Through the Sept. 29-30 Innovation in Mining virtual event, which is taking place at Sandvik’s test mine in Tampere, Finland, customers around the world are able to witness product launches, attend live panels on Sandvik technology and products, ask Sandvik experts questions, and even take a virtual tour of the test mine.

The two-day event was planned in the wake of the postponement of the huge MineExpo convention, which had been slated for this week in Las Vegas until the coronavirus pandemic forced the organizers to reschedule it for 2021.

Having drawn close to 8,000 registrants so far, Sandvik’s virtual event has exceeded the company’s expectations and created just as much excitement around its product launches as MineExpo.

“Nobody’s ever done anything like this before,” said Kate Burns, marketing, intelligence & strategy manager with Sandvik Mining & Rock Technology. “This was designed to give our customers the same kind of experience – exciting product reveals, witness what we’ve been working on.”

The highlights from the event so far have been the LH518B, the world’s highest-capacity battery electric loader, and Sandvik’s new AutoMine concept vehicle, built specifically for automation.

The brand new vehicle design was the result of a collaboration between the company and BEV specialists Artisan – which Sandvik acquired in early 2019. Before the LH518, the highest payload battery loader the company offered was the Artisan A10 – a 10-tonne loader Artisan developed before being acquired by Sandvik.

In an interview, Peter Corcoran, vice-president Canada, Sandvik Mining & Rock Technology, noted that both Artisan and Sandvik contributed unique knowledge to the collaboration.

“We’re bringing the Sandvik touch to it based on the knowledge we’ve learned over many years of being in the load and haul business and bringing that to the Artisan (battery expertise) to build the loader from the ground up with the battery in mind,” he said. “We’re not taking a manual loader and trying to convert it to battery.”

The end result of the collaboration is a loader with independent front and rear drivetrains that boasts “unmatched productivity” and “exceptional capacity for its size,” according to the company. Designed for a 5-metre heading, the LH518B has the lowest height in its class, a 30 km/h top speed and can handle a 20% grade at 12 km/h.

“The closest thing we have right now is the LH517 diesel powered machine,” said Patrick Murphy, president of rock drills and technologies, Sandvik Mining & Rock Technology. “This 18-tonne machine has a very similar footprint to that but has twice the power.”

Using the AutoSwap self-swapping system, changing the battery on the LH518B only takes about six minutes, and can be done in a passing bay or old re-muck bay, with no overhead cranes or external infrastructure required. The battery pack uses lithium iron phosphate chemistry.

One of the biggest improvements with the LH518B is that the operator no longer has to get out of the cabin to swap out the battery, making for faster, easier and safer operation. In preparation for future versions that will be automated (and therefore have no operator), the machine’s AutoConnect function allows it to automatically connect and disconnect the battery pack. 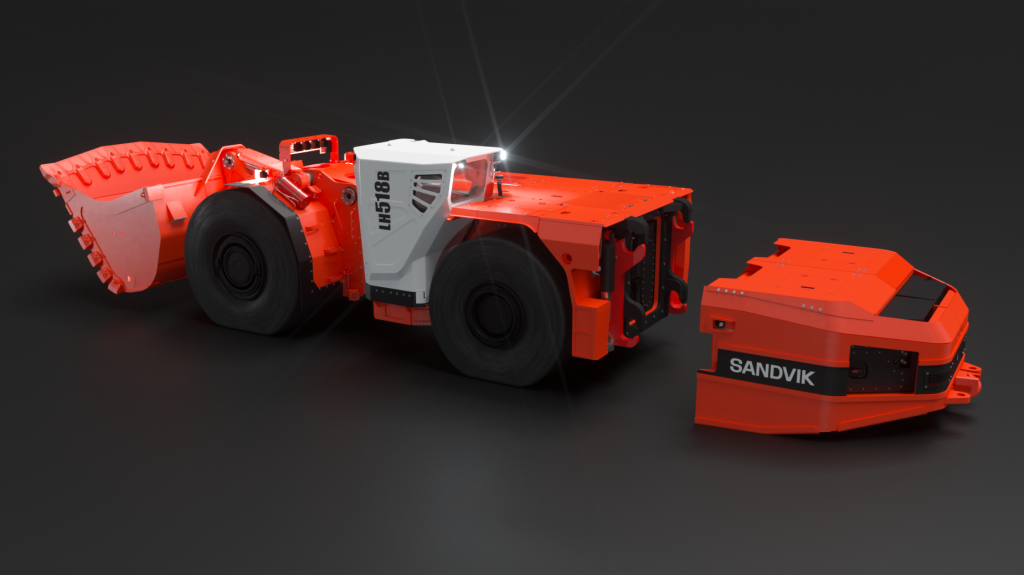 Rather than a commercialized product, Sandvik’s second big reveal today was the AutoMine concept vehicle, a prototype that represents Sandvik’s vision for the next generation of autonomous mining. The vehicle has no operator’s cabin as it was designed from the ground up for automation. The battery powered vehicle, which has 3-D sensing, collision avoidance and AI technologies, was unveiled at Sandvik’s test mine, followed by a live demonstration.

In an interview, Murphy noted that the technologies the machine uses are key to enabling more underground mines to adopt automation.

“One of the things that probably puts a bit of a cap on further uptake (of automation) going forward is the fact that you need to redesign the mining process a bit to take into account the autonomous system,” Murphy said, explaining automated systems have to kept separate from people and manually operated equipment for safety reasons.

“This AutoMine concept vehicle is our vision of the future whereby we can have seamless parallel activity happening with people, other light vehicles without sealing off that area.”

To do that, Sandvik has leveraged technology from automotive industry – including sensors and advanced onboard computing power – that allows the vehicle to react in real time to a changing environment.

For the prototype vehicle, Sandvik chose to build a loader, Murphy says, because loaders are more challenging vehicles as they move at high speed. However, the system is just a platform to test the technology that can be adapted to any mining vehicle.

To find out more, or to register for Day 2 of the Innovation in Mining event, visit https://www.lyyti.fi/p/innovationinmining/en/event_info.