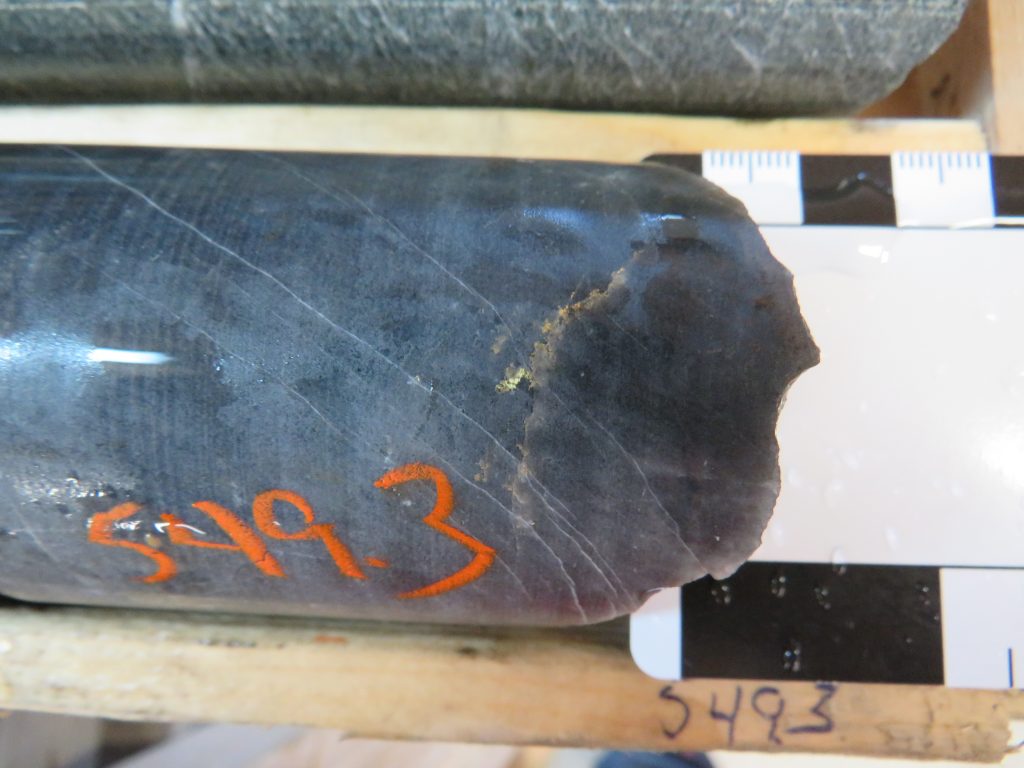 Radisson Mining Resources has hit high-grade gold intercepts at its O’Brien gold project in Quebec that point to the potential for a third mineralized east of the historic mine.

“Prior drilling demonstrated the potential for two high grade mineralized trends, located approximately 300 metres and 600 metres respectively to the east of and bearing similarities to structures historically mined at the O’Brien Mine,” said Radisson CEO Mario Bouchard in a release.

“Our efforts to step out further to the east have been rewarded with multiple high-grade intercepts. . . that appear to highlight a third high-grade mineralized trend in a relatively untested area approximately 900 metres to the east of the old mine. Drilling so far has traced mineralization down to 500 metres vertical depth, with the zone remaining open at depth and laterally.”

Radisson is currently conducting a 60,000-metre drill program at O’Brien, which is located along the Larder Lake-Cadillac Break, between Rouyn-Noranda and Val-d’Or. Results released to date represent half of the total drill program.

“We are well funded to expand our program to up to 75,000 metres, permitting additional drilling into 2021,” Bouchard added. “With three rigs in operation, we eagerly look forward to additional results as we systematically step out to grow resources laterally and at depth.”

Drilling at the first trend 300 metres east of O’Brien (36E zone) continues to expand mineralization at depth below the resource boundary, with a recent intercept of 2 metres grading 12.48 g/t gold.

Drilling at the second trend, 600 metres east of O’Brien, has highlighted the opportunity to expand resources, with intercepts including 2 metres of 5.58 g/t gold and 2 metres of 11.02 g/t gold.

Radisson recently acquired the New Alger project, 3 km west of the historic O’Brien mine, from Renforth Resources. The consolidation of the New Alger and O’Brien properties expands Radisson’s claims in the Bousquet-Cadillac mining camp to 58.4 sq. km covering a prospective strike length of 5.9 km along the Cadillac Break. Radisson also acquired a 9.6% interest in Renforth and announced a strategic partnership with the junior.