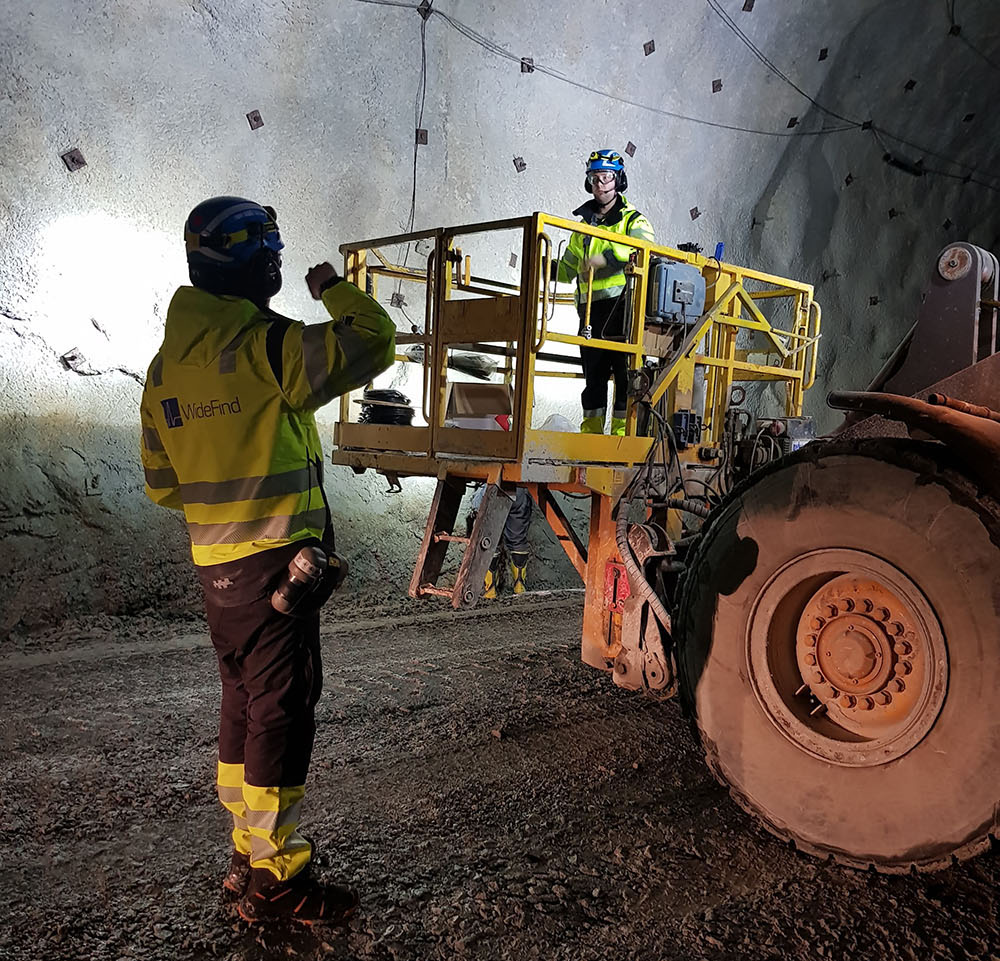 Widefind is one of the finalists for the Swedish Mining Innovation’s Innovation of the Year award. Credit: Widefind

Swedish Mining Innovation has announced the three finalists for its 2020 Innovation of the Year Award, including two technologies focused on analyzing and handling drill core.

The three finalists are: Orexplore for its X-ray technology for drill core; Widefind for its positioning system for people and equipment; and Minalyze for its scanner of large volumes of drill core samples. In a release, the organization said all the finalists’ technologies move the industry towards increased efficiency, which affects both sustainability and profitability.

Two of the finalists, Orexplore and Minalyze, have innovations that help to map and assess deposits in a more efficient way, which is a challenge for mining companies around the world.

“The fact that the jury has chosen two finalists with similar application areas, Orexplore and Minalyze, shows that the area is extremely important and these innovations complement each other in a good way, says Jenny Greberg, program director of Swedish Mining Innovation and chairman of the jury.

(See CMJ’s August 2018 issue for a feature on Orexplore.)

The third finalist, Widefind, has a unique solution that enables a very accurate positioning of both people and assets underground, something that is extremely important from both a safety and efficiency perspective.

The winner of the Innovation of the Year award, which was established in 2019, will be announced in November.