Wesdome on track to meet guidance, invests in Eagle River and Kiena 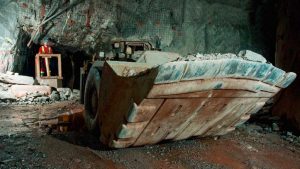 Gold producer Wesdome Gold Mines generated a total of 20,008 oz. from its Eagle River complex in Ontario in the third quarter of this year, at all-in sustaining costs of US$1,047 per oz. These latest numbers bring the company’s year-to-date output to 70,272 gold oz., which according to president and CEO Duncan Middlemiss, make Wesdome “well-positioned to achieve its full year guidance range of 90,000 – 100,000 ounces at an average grade of 15 g/t to 16.7 g/t gold.”

Middlemiss added that while all-in sustaining costs for Q3 were above the high-end of the company’s guidance of US$940 to US$1,040 per oz. for the year, these are expected to decrease towards the upper end of the guidance range.

During the period, Wesdome sold 21,700 gold oz., at an average realized price of $2,532 per oz., and recorded $55 million in revenues as a result. The miner generated $25.5 million in operating cash flow in Q3, and net income of $14.6 million. With a free cash flow of $3.2 million recorded for the period (after a $13.9-million investment in Kiena), the company’s cash position increased to $73.5 million at the end of September, compared to $66.7 million at the end of June.

With the strong cashflow from Eagle River, the miner made investments in both the Eagle River complex and Kiena.

At Eagle River, Wesdome spent $2.8 million on upgrades at the tailings, hoist and ventilation areas, to increase underground production rates to over 600 t/d, which would be an increase over approximately 500 t/d milled from the underground portion of the complex in Q3. The hoist upgrade is now operational, the ventilation work will continue into the fourth quarter.

At the past-producing Kiena complex in Quebec, seven underground drills are turning, working to upgrade inferred resources – an updated resource estimate is expected for this asset in the fourth quarter. Development is also underway for a bulk sample extraction, which would allow the company to assess its block model and obtain information for the pre-feasibility study, which is expected to be complete in the first half of next year.

Andrew Mikitchook of BMO Capital Markets considers Wesdome his “top pick among junior producers, driven by self-funded production growth at Eagle and Kiena.” The analyst has a $15 target on the stock with an ‘outperform’ rating.