File this under “nice work if you can get it.” A mine manager takes a two-year posting to close a mine in his home province and be close to family, and then his safety efforts helped lower costs to the point that the mine stays open an extra three years.

That’s exactly what happened to Xstrata Zinc’s Greg Ashe when he accepted the general manager’s job to close the 49-year-old Brunswick zinc-lead mine near Bathurst, NB.

After almost a half century of mining, the Brunswick mine will shut down this spring. When the mine closes it will have extracted more than 136 million tonnes of ore from the No.12 orebody, 13 million tonnes from its No.6 open pit, and processed another 200,000 tonnes of custom mill feed. Brunswick’s concentrator processed approximately 150 million tonnes of ore and transitioned through five major changes in ownership: Brunswick Mining and Smelting Corporation, Noranda, Falconbridge, Xstrata and finally Glencore Xstrata.

Ashe went to the Brunswick mine fresh from developing Xstrata’s Nickel Rim South mine near Sudbury, ON. What he found when he got there was a workforce of 1,000 employees facing the loss of their jobs in the medium term.

The challenge was how to keep the employees safe, engaged and productive while navigating through the ‘noise’ of the upcoming closure.

Then two serious accidents in 2009 provided the “wake up call” needed to renew the push for zero harm. A driller suffered bruised ribs in September when his safety belt caught on a rotating drill head of his production drill. Only a month later, an equipment operator was struck in the face after a sump pump hose caught on the cab of his vehicle and snapped like a rubber band. Either could have resulted in a fatality.

As part of Brunswick’s moral licence to operate, Ashe knew that improvements in health and safety were required. Mine leadership committed to re-energize efforts to break through the injury plateau and at the same time proactively address the challenges Brunswick was facing in safely closing the mine after almost 50 years of operation. Ashe pushed for a re-launch of Brunswick’s safety vision and values.

“We had to articulate a safety vision and paint a clear picture for our people as to what our safety values were and what it meant. The vision was to close the Brunswick mine without another serious injury so that everybody could walk away with their health and with a sense of pride for a job well done. We made sure everyone knew what is important and valuable. And we rebranded the message with signage, stickers, recognition, and a continuous celebration of safety success stories,” he said.

In 2009, Brunswick Mine leadership began a partnership with Behavioral Science Technology Inc (BST) to help develop the mine’s strategy for safety excellence. The goal was to create an organizational culture of sustainable change where safety is valued. BST provided a customized strategy of change, tools for evaluation and coaching plus workshops and training.

As a first step, the mine undertook BST’s cultural diagnostic that would identify the mine’s unique safety strengths and weaknesses. In 2009, a survey (called an “organizational culture diagnostic instrument”) of all employees and their attitudes toward safety was revealing. Results showed a strong culture overall with especially strong organizational scores; mine employees tended to have high levels of trust in management and a good relationship with their co-workers. Most measurements were at or near the upper quartile, but deficiencies were also revealed.

Specifically relating to safety, Brunswick’s “value for safety” and “upward communication about safety” ratings were lower than average. At the same time, managers and hourly workers were reluctant to approach each other about safety issues – a significant vulnerability in an operating environment experiencing the huge changes of closing. An area ripe for improvement had been identified.

“In my experience the safest mines are the most productive and most efficient,” said Ashe to explain the added benefits of a zero harm approach. “There is better employee morale, and it spills over into other areas such as lower absenteeism, increased productivity, and lower operating costs.”

The benefits of higher productivity and lower costs are directly attributable to an improved safety culture which allowed Brunswick to profitably mine lower grade material and postpone the closing by three years.

Changing the culture or a core value at an operation is not accomplished simply because the boss says so. The transformation is the result of the collective efforts of everybody on site.

Armed with the results from BST’s safety climate and cultural diagnostic tool, everyone committed to creating a culture of safety excellence that would last the life of the mine. The goal, as Ashe put it, was that, “Everybody would leave the site with their heads held high, with pride for a job well done, with their health, and without serious injuries.”

Mine leaders determined that the safety transformation needed to begin with them. Safety leadership development, including individual action plans, would form the core of the effort. It would start at the top and cascade down through every layer of leadership – from general manager and superintendents down through second line supervisors and all front line supervisors. Great safety leadership, they believed, would benefit the mine not just in safety but also in communication, employee relations and productivity.

First, employees with many years of hands-on experience in safety were given new roles as Sustainable Development (SD) officers. These SD officers were hand-picked not only for their experience but also for their strong communication skills and the respect they earned among their peers. This credibility was crucial in their new role, which would deal solely with safety. They would go to every shop floor and workplace to coach and advise others in safety matters. This change meant that the major players in the execution of the strategy were the front line supervisors. Their observations and the success and guidance feedback they provided to employees was key to the new program.

Although skeptical at first, even union leaders became strong advocates of the new safety culture.

The BST program began with workshops that encompassed the ideas of leading with safety, credibility, vision, communication, structured feedback and recognition. Front line and second line supervisors were included to make sure everyone was on the same page in terms of vocabulary and concepts. There were also coaching sessions and tips on how to advise their peers.

Years prior, Brunswick had initiated a safety program called TAD (task assignment discussion). TAD was a system to encourage both supervisors and employees to talk and think safety. It encouraged the thought process toward safety and focused on correcting actions and/or conditions prior to performing a task. However, TAD needed to be expanded.

As the BST program started to gain momentum, Brunswick decided to combine the TAD system with the new BST program so one would complement the other, which resulted in the introduction of TAD+.
This revamped application relies on observations and conversations initiated by supervisors who then deliver success and guidance feedback on the spot. TAD+ is a means of approaching others with “continuous upward communication.”

Supervisors approach employees to perform observations and provide real time performance feedback. They use the TAD+ card as a means of having an informal discussion with their coworkers about the task at hand. As they review the items on the card, they strive to reinforce the way in which the task is being performed correctly, and it also helps them to identify barriers and at-risk activities that could hinder performing the work in a safe manner.

“Our employees do 90 to 95% of things really well,” noted Ashe. “The card is simply used to start a structured conversation about what they did right, and for the remaining 5 to 10% it is a guidance tool used to help point out risks they might not have previously noticed. The card is not used as a means of disciplinary action – quite the reverse – it is a ‘no blame’, ‘no name’ program. The data from these cards is collected and analyzed to produce a proactive action plan aimed at reducing risk and exposures.”

As mine leaders worked on supporting safety, communicating more effectively, and building a better safety culture, TAD+ engaged the miners in identifying and addressing exposures as they occurred. TAD+ resulted in such dramatic improvements to safety that the process was expanded to include staff functions such as administration, finance and procurement.

The result of implementing the BST and TAD+ approach was immediate and quantifiable. Typically, in the first year of working with BST, a workplace can expect a 24% improvement in reportable injury frequency (RIF); at Brunswick the improvement was 28%. In the second year, a workplace can expect to make a further 32% improvement; Brunswick made a 67% reduction. In the first three years of using this approach to safety, RIFs went from 1.0 in 2009, down to 0.7 in 2010, and down again in 2011 to 0.33. From 2008-12, recordable injuries have been reduced by 62% and lost time injuries have been reduced by 60%.

To cap this remarkable achievement, the Brunswick mine was the 2011 winner of the national John T. Ryan Award for metal mines, presented by the Canadian Institute of Mining, Metallurgy and Petroleum. Says general manager, Greg Ashe, “We’re very proud of our employees for their hard work and dedication in building a world class mining operation with world class safety practices.”

Nor was that the only award. The Brunswick mine was the 2012 WorkSafe NB Award winner presented by the province of New Brunswick for its outstanding commitment to safe work practices and creation of a safe workplace. The largest benefit of this is a reduction in workers compensation premiums – from $1.83 million in 2009 to an estimated $1.25 in 2012.

“Day in and day out our employees on the floor have a sense of pride,” said Ashe. “As the operation winds down, everyone can leave with their heads held high knowing there were no life-altering injuries as the mine was closed.”

Five years from now all the buildings will have been demolished, the tailings area covered, and a water treatment plant established. The Brunswick mine will pass into history, but its employees will have superior safety skills to take to their next jobs. 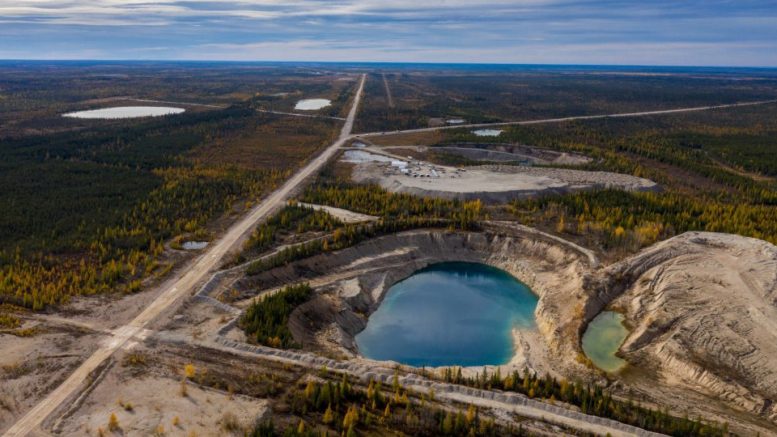 Starr Peak cuts 6.7 metres of 18.07% zinc-equivalent at NewMétal in Quebec

Starr Peak cuts 6.7 metres of 18.07% zinc-equivalent at NewMétal in Quebec 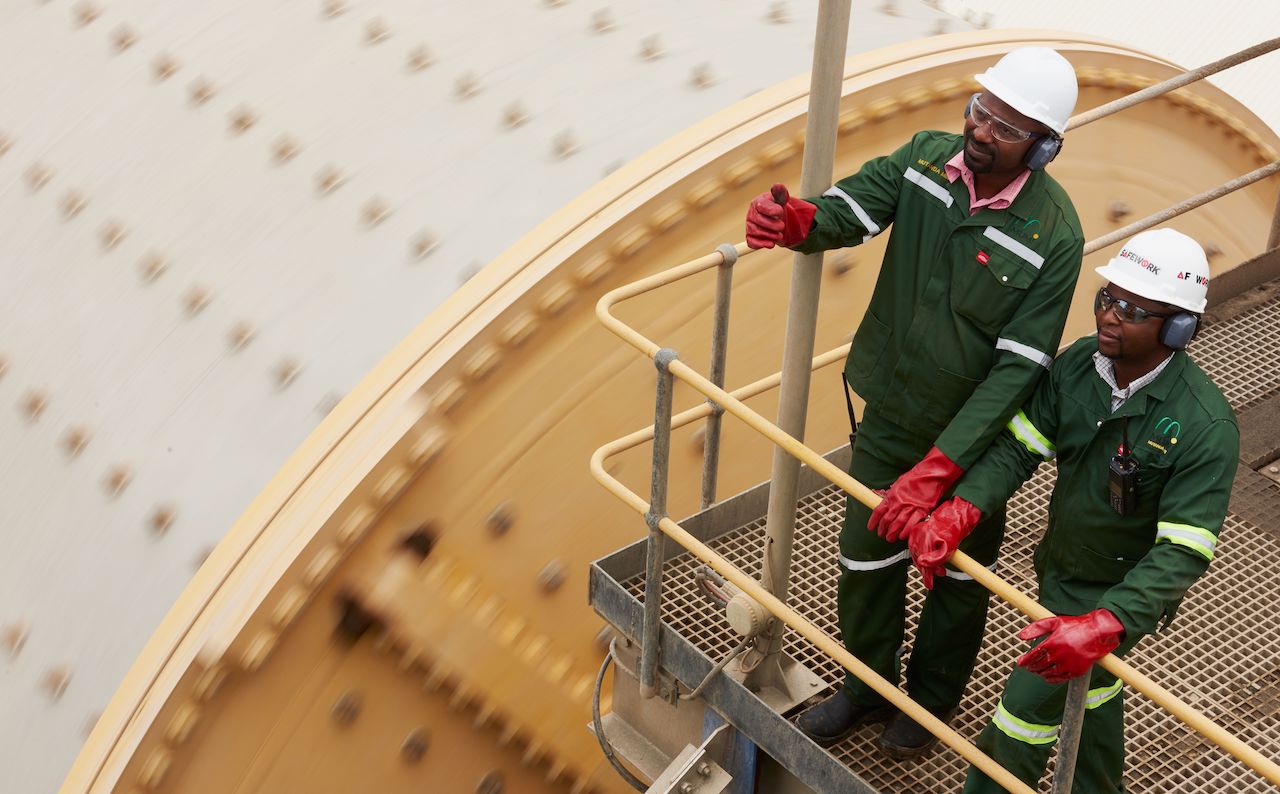 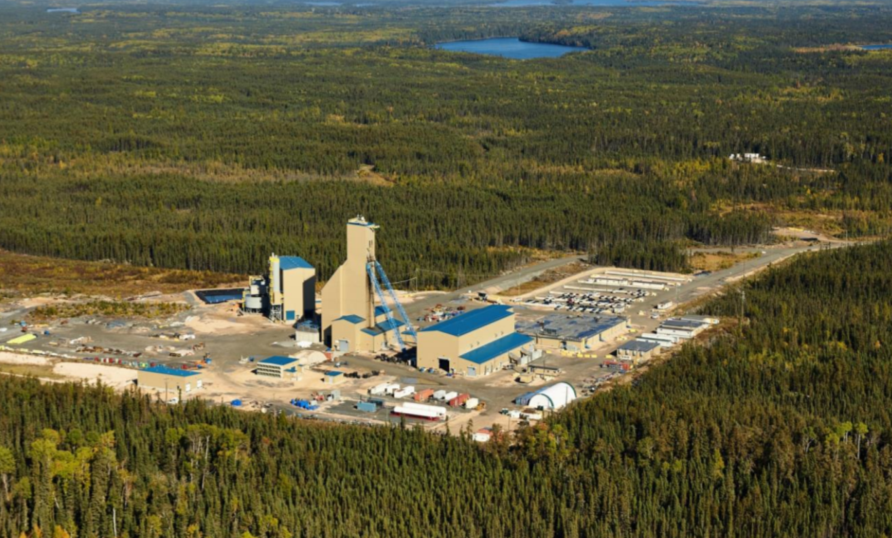