BMC Minerals has reached a significant milestone with regards to the advancement of its proposed Kudz Ze Kayah (KZK) project in Yukon. Both […]
By Jackson Chen June 16, 2022 At 1:48 pm 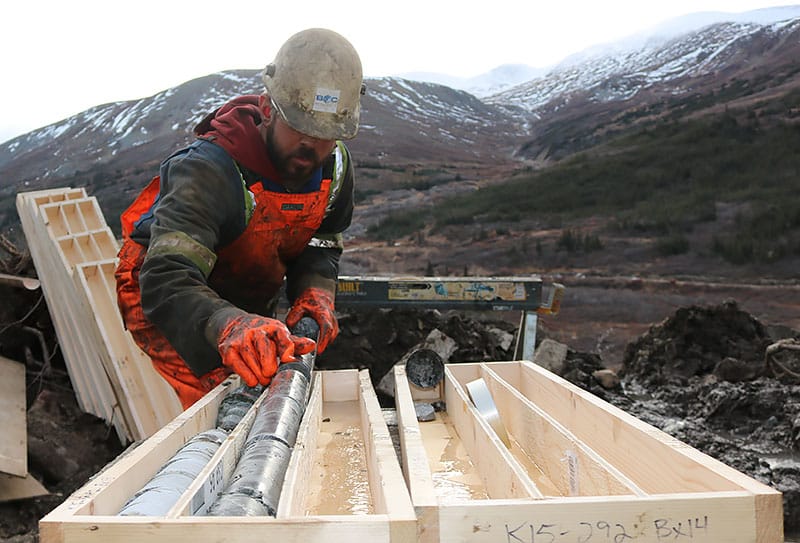 KZK is the first project proposed by BMC Minerals for mine development in the northern Pelly Mountains. Credit: BMC Minerals

BMC Minerals has reached a significant milestone with regards to the advancement of its proposed Kudz Ze Kayah (KZK) project in Yukon. Both the Canadian and Yukon governments have come to a decision that concludes the environmental and socio-economic assessment process for the project, meaning it can now proceed to the regulatory phase.

KZK is an open pit and underground polymetallic (silver, copper, gold, lead and zinc) mine project situated on the northern flank of the Pelly Mountain Range, about 115 km southeast of Ross River within the traditional territory of the Kaska First Nation. Mining will be centred on the ABM deposit, which contains 18.3 million tonnes of indicated resources grading 0.9% copper, 1.9% lead, 6.3% zinc, 1.4 g/t gold and 148 g/t silver.

The joint government decision was made following indigenous consultations and full consideration of the potential impacts of the KZK project on the Finlayson caribou herd, as well as through the development of varied terms and conditions and additional caribou data analysis.

Land use in the region includes hunting, fishing, and recreation for First Nations, Yukoners and visitors to local tourist spots. As such, the KZK project has the potential to affect social and environmental conditions in the area including temporary changes to watershed drainage, fish and fish habitat, wildlife and wildlife habitat.

BMC has undertaken environmental and socio-economic baseline studies in the area since 1995 to support its project design, and has proposed strategies in the form of design modification, mitigation measures and offsetting packages to reduce or eliminate impacts on the environment. The project proposal was submitted by BMC to the Yukon Environment and Socio-economic Assessment Board (YESAB) in March 2017, and was later moved towards executive committee screening. Work will next advance to the permitting phase, which is expected to have a construction period of approximately two years followed by an estimated 10-year mine life.

During production, KZK is expected to produce an estimated annual average of 14,400 tonnes of copper, 106,800 tonnes of zinc and 25,300 tonnes of lead concentrates from processing 2 million tonnes of ore. These concentrates will be transported to the port of Stewart for sale to export markets.

According to company documents, the KZK project is anticipated to inject up to $720 million in capital expenditures into Canadian and Yukon economies over its life, providing up to 500 construction-related jobs and 400 operational jobs for Kaska Nation, Yukoners and Canadians. The KZK project is expected pay direct taxes and royalties to the federal and Yukon governments in the order of $620 million.

Additional details on the KZK project can be accessed via bmcminerals.com.