Since listing on the TSX Venture exchange in May, PGM-focused Clean Air Metals has drilled over 19,000 metres at its wholly owned […]
By Canadian Mining Journal Staff December 9, 2020 At 3:00 pm 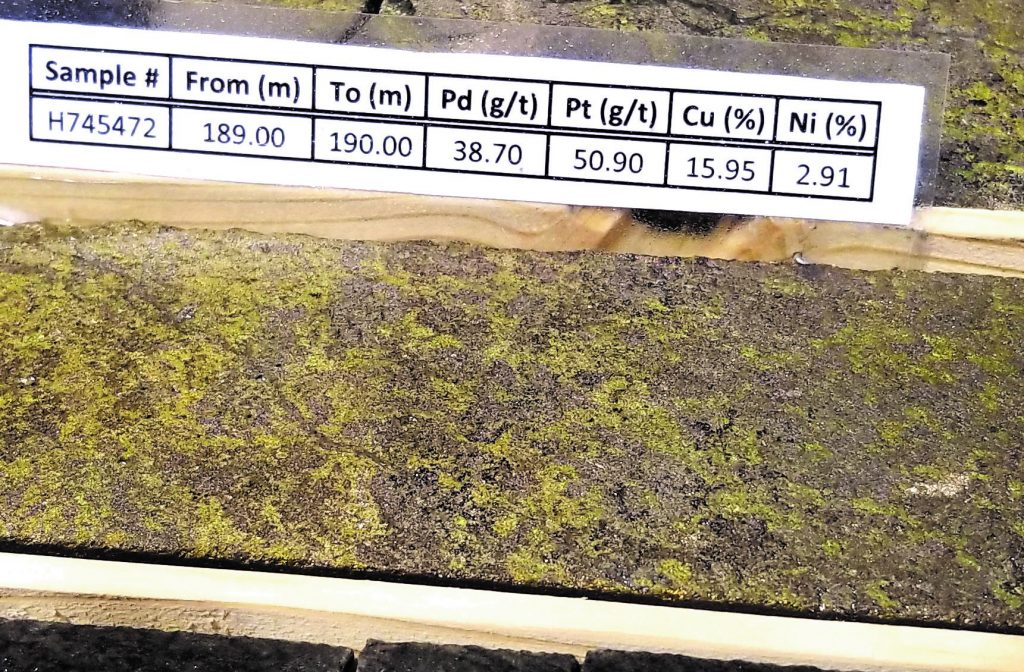 Since listing on the TSX Venture exchange in May, PGM-focused Clean Air Metals has drilled over 19,000 metres at its wholly owned 30-sq.-km Thunder Bay North project, 50 km northeast of Thunder Bay in Ontario. The site features two parallel intrusions – Current Lake and Escape Lake – which feature platinum group metal (PGM) and copper-nickel mineralization. The mineralization at each of the two structures, which lie 3 km apart, has been traced over approximately 3 km.

While Current Lake has seen the majority of the prior exploration at the site – with approximately 700 completed drillholes and a historic estimate – Escape Lake is the focus of the company’s exploration.

With a 30,000-metre drill program at the site, earlier this week, the company released assay results for six additional drillholes completed at Escape Lake. These intercepts were focused on stepping-out the south-eastern end of the Escape Lake intrusion, where the company is drilling on 50-metre spacings.

According to Abraham Drost, Clean Air Metals’ CEO, “the new results continue to confirm the dimensions and also extend the Escape Lake Deposit which remains open to the northwest and southeast.”

Drost added that Escape Lake has the potential to add ‘significant’ tonnage to the existing Current Lake deposit at the site.

In a call with CMJ, Drost explained that with 30,000 metres scheduled for completion by early next year, Clean Air is largely focusing on drilling the under-explored Escape Lake unit.

While the historic estimate is primarily contained within a pit shell, Clean Air Metals has, according to Drost, brought “new management with a fresh set of eyes” to Thunder Bay North.

Since bringing Jim Gallagher onboard as chair in December of last year, the mining engineer who played a key role in the turnaround at the nearby Lac des Iles palladium mine prior to its $1-billion sale to Impala Platinum, the company now has its sights set on an underground development at the site.

A resource update for Current Lake is underway and scheduled for release in January 2021.

A preliminary economic assessment is also underway for Thunder Bay North, on track for release late in the second quarter of next year. The early-stage study is looking at operating the Current Lake and Escape Lake units as ramp-accessible, high-grade selective underground mines.

Commenting on the blue-sky exploration potential at the site, Drost, a geologist with 35 years of experience, mentions the potential for massive sulphide feeder zones to the intrusive units and draws analogies between Thunder Bay North and the Norilsk-area nickel-PGM district in Russia, which has been producing for close to a century.

According to the executive, the Norilsk-area magma conduits are similar to those at Thunder Bay North and Clean Air Metals is deploying the same exploration methods to zone in on potential massive sulphide units.