Technology around heavy industrial vehicles has evolved over the decades, as they have been called on to haul, dig, lift, and move ever greater quantities of material. This progressive demand for power led to the emergence of mega- and ultra-class mobile equipment. The giant size of these vehicles means everything is heightened – bigger parts, more complexity, larger engines, larger quantities of fuel, and consequently – a higher risk of fire. As the cost and danger associated with industrial vehicle fires increases, it is time to take a fresh look at the state of vehicle suppression solutions and how they can evolve even further.

1 Dry chemical systems: These systems use monoammonium phosphate, a dry chemical, to interrupt the chemical chain reaction of Class A, B, or C fires.

3 Twin-agent systems (i.e., dual-agent systems): Both dry chemical and liquid agents are incorporated in a single design, employing the firefighting properties of both agents.

The need for evolution in vehicle fire suppression systems

Dry chemical systems have been the go-to for fire protection on large, industrial vehicles since the 1950s. In the 1990s, dual-agent systems emerged, utilizing dry chemical for rapid flame knockdown and liquid agent to cool hot surfaces and minimize reflash potential.

The suppression benefits of these dual-agent configurations are matched by their accompanying complexity from costly clean up and repairs after a dry chemical discharge to the careful planning required for side-by-side installations to the need to activate two separate systems simultaneously. These complexities, in addition to shifting environmental regulations regarding the use of per- and polyfluoroalkyl substances (PFAS), highlight the need for a new, non-fluorinated single-agent fire suppression solution that meets the needs of today’s heavy-duty industrial vehicle operations.

Despite the availability of an FM approved single-agent system, the National Fire Protection Association (NFPA) standards (NFPA 120 and 122, 2020 editions) still require the use of a twin-agent suppression system in ultra- and mega-class equipment with “hydraulic systems containing more than 150 gallons in the lines.”

The ANSUL fire technology team recently set out to test a new non-fluorinated solution with the potential to provide extraordinary firefighting performance for ultra- and mega-class earthmovers and exceed the capabilities of historical dry and liquid agent systems. Their goal was to compare the effectiveness of this new non-fluorinated single-agent liquid system versus some of the best single-agent and twin-agent setups currently used in the industry.

To do this, the research team embarked on an extensive testing program. The base protocol chosen for these tests was the Australian vehicle standard AS-5062:2016 indirect fire testing scenario. This fire test is similar in nature to the FM-5970 heavy duty mobile equipment standard, February 2022 edition.

> Cool a superheated surface (simulating a turbocharger or manifold).

> Extinguish a fuel pool fire that could potentially be caused by fire or fuel propagation in real-world scenarios.

Tackling any one of these four objectives can be difficult, but this procedure incorporates all of them in a single test. What makes this test especially challenging is that the suppression agent is sprayed horizontally at the vertical reignition plate and must, therefore, suppress and secure the pool fire by indirect coverage.

The test procedure was as follows:

5 Upon completion of suppression agent effective discharge, shut off fuel spray and then immediately restart for an additional 15 seconds.

Test #1 used dry chemical as the suppression agent (Figure 3). There was no fire extinguishment, and the agent could not effectively cool the superheated surface. The dry chemical agent tests were attempted several times, each time reducing the starting temperatures, but all with similar results. The graph shows that the temperature dropped slightly but only on the front side of the plate. However, the dry chemical alone could not knock down the flames, and after roughly 20 seconds, the heat and flames increased.

Test #2 used water as the suppression agent (Figure 4). Water alone was not able to knock down or suppress the flames. It was also unable to sufficiently cool the superheated vertical plate and could not effectively lower the temperature of the fuel in-depth pool fire. In this test, the flames became more violent rather than being controlled or diminished, and the test was stopped after 25 seconds.

Test #3 used a twin-agent system commonly found on vehicles today: dry chemical and the legacy ANSUL liquid suppression agent (Figure 5). Both agents were simultaneously discharged through their specific nozzles. The agents achieved total extinguishment in eight seconds, with a total effective discharge time of 25 seconds for the dry chemical and 47 seconds for the legacy liquid agent. This test demonstrates the effectiveness of a twin-agent system on a high-pressure fire that includes a superheated surface and a fuel in-depth pool fire.

Test #4 used another twin-agent system, this time replacing the legacy ANSUL liquid suppression agent with the new non-fluorinated liquid agent (Figure 6). Total extinguishment was achieved in six seconds with a total effective discharge time for both agents of 25 seconds.

Test #5 used the new ANSUL NF-40 non-fluorinated liquid agent as a stand-alone system (Figure 7). Total extinguishment was achieved in five seconds with a total effective discharge time of 29 seconds. This test demonstrated the incredible speed at which the new LVS NF-40 liquid agent can extinguish high pressure fuel sprays and fuel in-depth pool fires, while also cooling the entire mass of the plate and the fuel in-depth pan below.

Test scenarios #3 and #4 show the similarity in effectiveness of the two twin-agent discharge setups on a high-pressure fire that includes a superheated surface and a fuel in-depth pool fire. Given that the dry chemical used in test #1 could not knock down the flames alone, these tests suggest that the addition of a liquid agent – either legacy or NF-40 – provided the suppression and fuel in-depth securing components.

The twin-agent testing graphs (Figures 5 and 6) illustrate an interesting phenomenon. Complete suppression was achieved, but the cooling data does not rapidly drop to below the auto-ignition temperature. As mentioned, during the tests, the dry chemical agent displayed the expected surface melting which formed a barrier on the vertical plate. This barrier isolated the heat of the plate from the fuel spray; however, this barrier also prevented the LVS liquid agent from efficiently removing the heat from the plate surface. The thermocouple data shows that the plate remained superheated after both agent discharges were complete.

Taken together, this data suggests that the dry chemical component of a twin-agent system is not only ineffective in suppressing the fire, but it can even hinder the suppression effect of the liquid agent – an important finding with significant implications for the future design of heavy vehicle fire suppression systems.

Twin-agent systems have helped to successfully protect heavy industrial vehicles for decades and are still required in some applications to meet the NFPA 120 and 122 standards. However, the ANSUL LVS NF-40 suppression agent offers a higher performing, more cost effective, less complicated solution for fire protection on ultra- and mega-class mobile equipment.

With this new liquid agent, the mining industry now has a stand-alone single-
agent option that was not previously available for use on ultra- and mega-class equipment. This latest technology advances our understanding of fire suppression and utilizes these new insights to deliver the most effective vehicle systems solution for protecting personnel, property, and operational continuity.

What miners need to know about smelter charges

What miners need to know about smelter charges 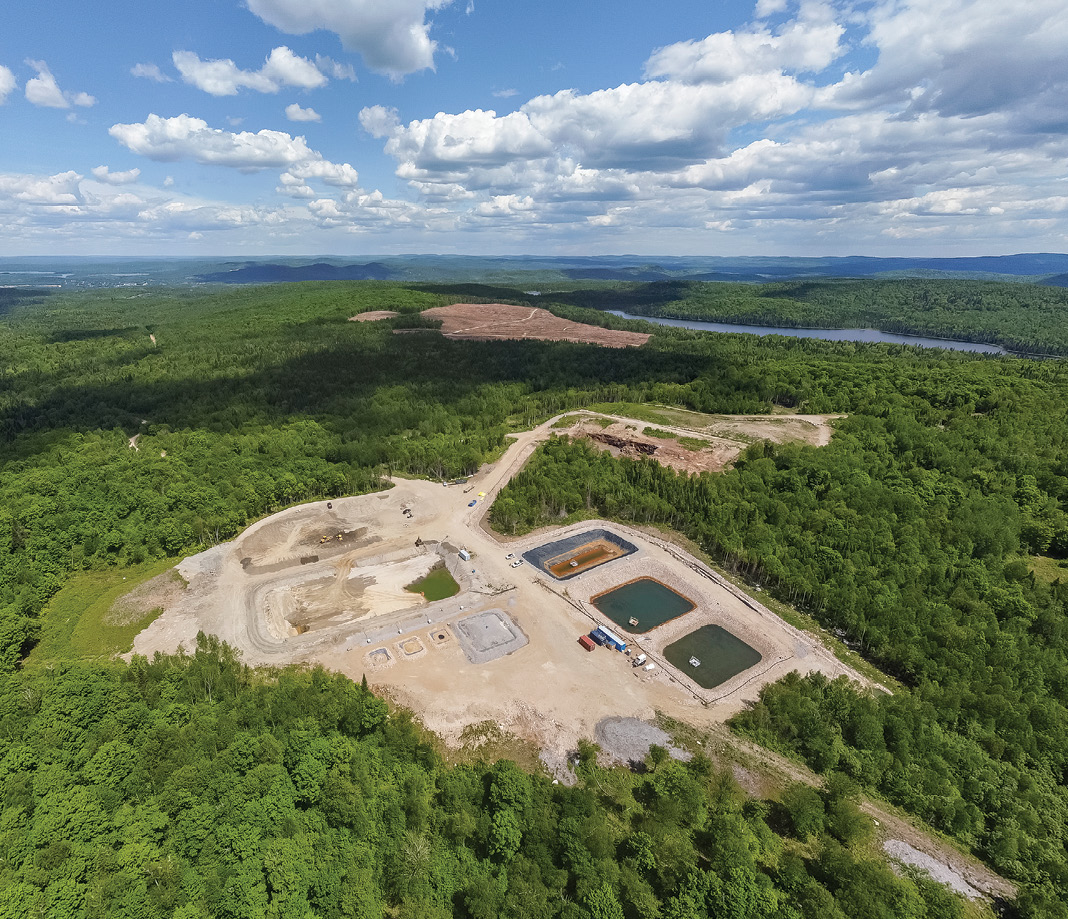 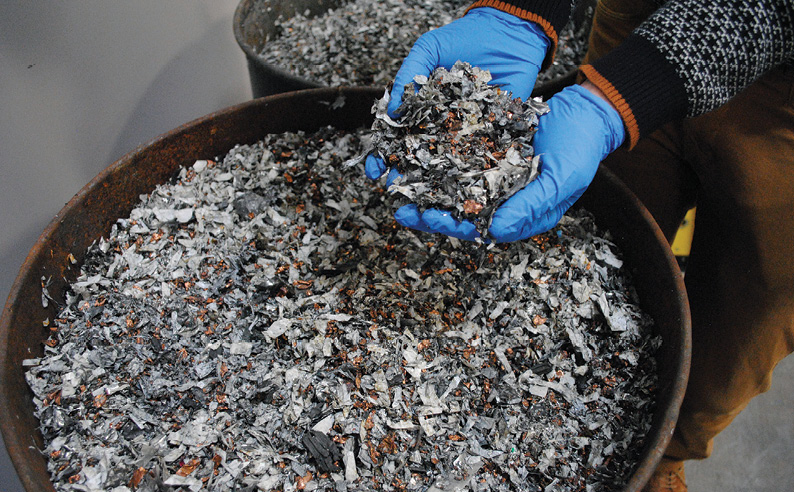 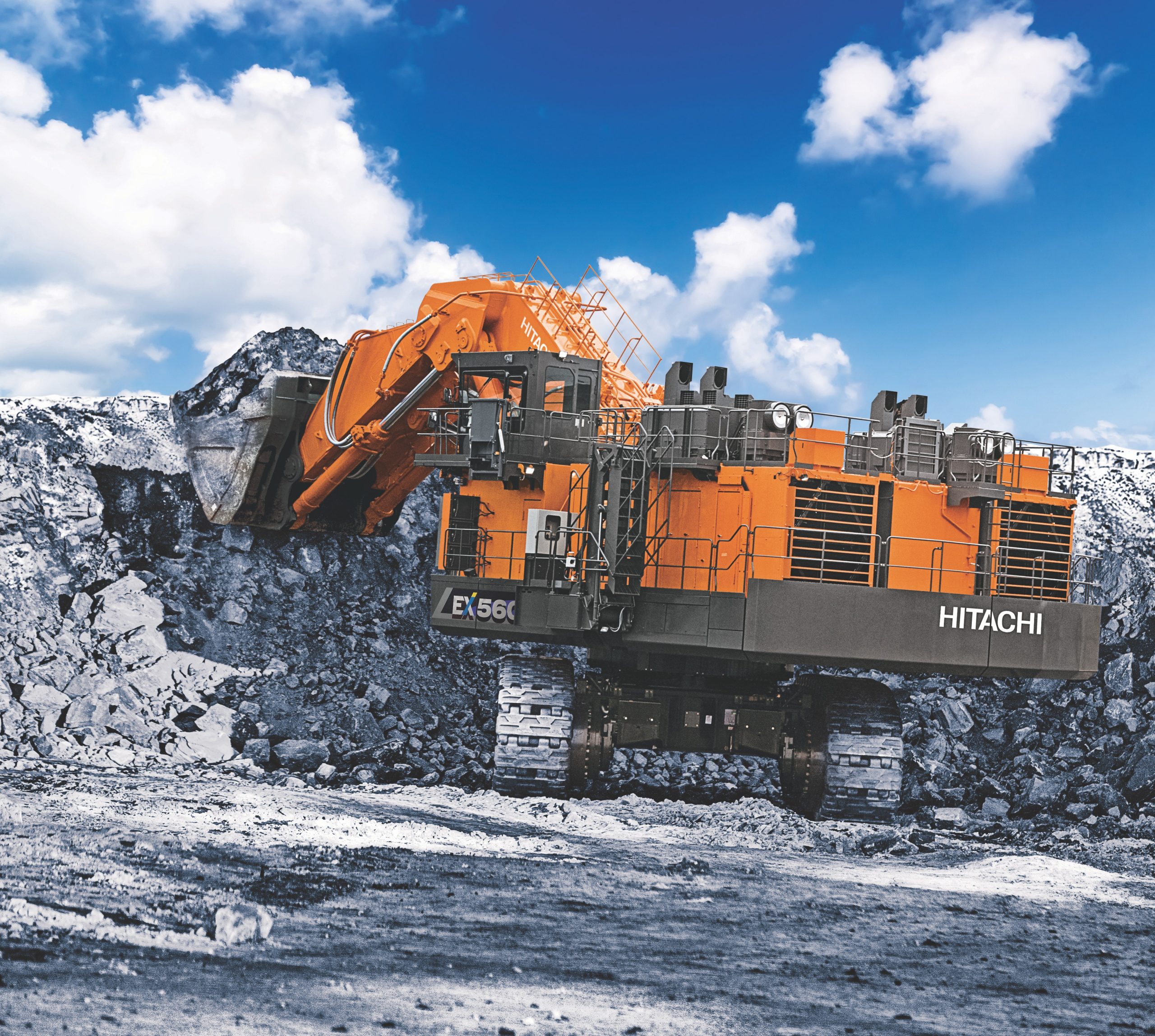