While cyanide is a very efficient and effective reagent in gold processing, in particular for oxide ores, there’s been a long search for alternatives.

A highly toxic chemical that can be dangerous to humans and wildlife, cyanide use at gold mining operations provokes concern in many jurisdictions. In fact, it was in response to a damaging spill from a tailings pond in Romania in 2000 that released 100,000 cubic metres of cyanide contaminated water into the Somes River, that the Cyanide Code – a voluntary code that governs the manufacture, transport and use of cyanide in gold mining – was created.

Despite the code, which has been implemented in 54 countries, as well as mandatory regulations around cyanide use, there are some jurisdictions around the world that have banned cyanide in heap-leach applications at gold mines, as well as in processing plant applications. Bans or restrictions have been implemented or are planned in jurisdictions in Argentina, Eastern Europe, Central America and the United States.

But because sodium cyanide is so effective at dissolving gold, is well understood and relatively inexpensive, competing technologies need to offer compelling recoveries and economics to compete.

“The alternates have more complex chemistry and tend to be much less robust. Typically, cyanide leaching provides the highest recoveries where side by side tests have been performed.”

But there are alternatives to cyanide that are being developed by companies that are working with gold mining companies to commercialize their technologies.

Raponi says the most advanced alternatives are processes involving thiosulphate, a benign chemical used in fertilizers, and those that use halides (chlorine-chloride bromine, iodide).

Australia’s national science agency CSIRO (Commonwealth Scientific and Industrial Research Organisation) worked with Barrick Gold at its Goldstrike mine in Nevada to develop a niche thiosulphate process for the project’s double refractory ore. The difficult-to-process ore has very high levels of carbonaceous, “preg-robbing” material which competes with activated carbon in the cyanidation process to capture the gold.

Barrick’s thiosulphate processing plant poured its first gold at the end of 2014, but the plant has underperformed on recoveries, Raponi notes.

CSIRO has continued to work to advance thiosulphate as an alternative reagent, developing its own process, which is substantially different than Barrick’s. Earlier this year, it licenced the process to Clean Mining, a subsidiary of Eco Minerals Research, which is now working to commercialize the technology.

The technology has been proven to work at an industrial scale, with the first gold produced at Eco Minerals’ gold processing plant in Menzies, Western Australia in a trial last August.

The demonstration plant has a 50 t/d capacity and is in the process of being upgraded to a capacity of 20 tonnes per hour, says Jeff McCulloch, Clean Mining’s managing director.

In an emailed response to questions, McCulloch explained how the technology works.

“The thiosulphate based reagent is made from an inorganic compound (a salt) that can dissolve gold, but unlike cyanide and other reagents, (thiosulphate) doesn’t require the addition of acids, lime, oxygen, chlorine, high temperature or pressure vessels,” he says.

The Clean Mining process works on more than just refractory ore, and it has the potential to be much lower impact than traditional technology, McCulloch adds.

“If miners choose to include our dewatering process option in their plant design, the chemicals and water reclaimed from the leach tailings are all recyclable in the leach process,” and dry stack tailings are produced.

McCulloch says Clean Mining is in negotiations with several miners to build plants in Australia and Asia.

Several companies are advancing gold recovery processes using halides, including Dundee Sustainable Technologies (DST), Enviroleach, Neomet and Intec. Raponi says Dundee, which has a 15 t/d demonstration plant, is the furthest along in development.

Based in Montreal, DST has been working on its chlorination process since the early 2000s. Originally developed to recover nickel from tailings when the price of nickel was considerably higher, the company switched its focus to gold recovery in 2009, and recently rebranded it as the CLEVR process, which stands for chlorine leach vat reactor.

While every project is different, DST president and CEO Brian Howlett says the process starts with gold ore which is mixed in a vat with sodium hypochlorite in acidic conditions to put the gold into solution. Contact time is short – one to two hours – and the process operates in a closed loop. The gold-bearing brine is then filtered and deposited onto silica as opposed to activated carbon.

Howlett says the CLEVR process works well on different types of ore – although some ores will require an oxidation pretreatment step.

The company completed two trials at its demonstration plant in early 2017 with positive results.

The CLEVR process achieved gold extraction yields of up to 90% in tests with the refractory pyrite, and 97% with the Chilean concentrate.

“The concentrate we got from Chile had a very high mercury content, about 700 ppm of mercury and we were able to remove 99% of that and extract it so it doesn’t end up in the tailings.”

That said, the CLEVR process is not a solution for every mine.

“The process is really not going to work at an existing mine, it has to be a new build to be really compelling,” Howlett says, as CLEVR is chemically very different from existing approaches.

In addition, it wouldn’t be used on low-grade oxide ores, which are easily treated with a cyanide heap-leach circuit.

“Where you’ve got a higher-grade concentrate – and many, many operations are like that – that’s where we compete,” he adds.

The company has been working with several well-known gold miners for the last 2.5 years to advance the technology.

Dundee is also working with a private Chinese gold miner operating in Shandong province. Despite having a cyanide plant already, the company is interested in CLEVR.

“They weren’t getting the recoveries they need and we’re offering a much higher recovery,” Howlett says. “And cyanide is becoming more problematic in China – they’re respecting the environment a lot more these days so they’re interested in new technologies.”

DST has completed testing for the company, which will be visiting DST’s facilities soon to review the results and decide whether to move to the engineering phase, which would take about 6-8 months.

“We’re also working with one Canadian gold miner to look at how we can move forward with them. The Chinese just seem much faster and much more open to creative solutions.”

Costing information for these technologies won’t be available until they advance in the commercialization process, but Raponi notes cyanide will be tough to beat.

“Typically on head to head (comparisons), cyanide outperforms in terms of recovery. The leach time might be the same, but costs are going to be lower with cyanide so it’s a really big hurdle to overcome just on an economics basis,” he says.

Clean Mining, however, believes that its process will prove to be less expensive.

“For smaller miners that simply can’t afford a cyanide-based plant, Clean Mining’s solution provides a processing option with a lower entry cost that is also safer to operate,” McCulloch wrote in an email. “Our leaching plant is smaller in scale than an entry-level CIP/CIL plant that uses cyanide, which means it has a lower capital cost. It can also be made in modular components and be mobile.”

The company is targeting small to medium scale miners that can’t afford a conventional cyanide plant or want to avoid using cyanide.

According to CSIRO, the cost of a typical cyanide-based processing plant is around $30 million, but the new technology, which is scalable, can cost as little as $2-2.5 million.

“For larger miners, the costs of cyanide compliance are so embedded in their cost structures that it is a very complex process to do a (life-of-mine) cost comparison,” McCulloch notes.

“However, Clean Mining is gathering this information and we remain confident that the conclusion will be cyanide is a more expensive process.”

Dundee’s Howlett says costs vary depending on project location, type of ore, energy costs and many other factors. The company recently looked at two projects being advanced by a Canadian miner. “In one, CLEVR was quite competitive and actually cheaper” than a conventional cyanide plant, Howlett says, while in the other, traditional technology won out.

In addition to eliminating the use of cyanide, these technologies have the potential for other environmental benefits, such as reducing the footprint of mines, and potentially eliminating the need for tailings ponds and lined tailings facilities.

“One of the big risks in a mining operation is the handling and treatment of the cyanide bearing process waters via tailings ponds,” Howlett says. “With our technology, we do everything in plant – we recycle all of our reagents and we have no risk of a liquid tailings dam fail. That’s one of our key benefits, we put out a dry stack tailing.”

He adds: “The other major benefit we can provide is because we work in a chlorine-based environment, we can use seawater if you’re closer to the ocean as opposed to fresh water.”

Clean Mining says its technology, too, can be configured with dry stack tailings so a tailings dam is not necessary.

One more early stage technology that Raponi believes could be promising is a glycine-based leaching process being developed by Mining & Process Solutions, a company based in Western Australia.

“From what I’ve read, it has supposedly simple chemistry, it’s very inert outside of what it’s being used for, and some of the early talk is about using it for in situ leaching of gold.”

The drivers to look at alternatives to cyanide are not going away, but it may be some time until these technologies are ready to be deployed.

The other barrier is that even though miners are interested in change in theory, they tend to be a cautious bunch.

“Adoption of new mining technologies in the business is very slow,” says Dundee’s Howlett. “That’s probably our number one challenge.

Correction: The glycine-based leaching process is being developed by Mining & Process Solutions, not CSIRO as reported originally. CMJ regrets the error. 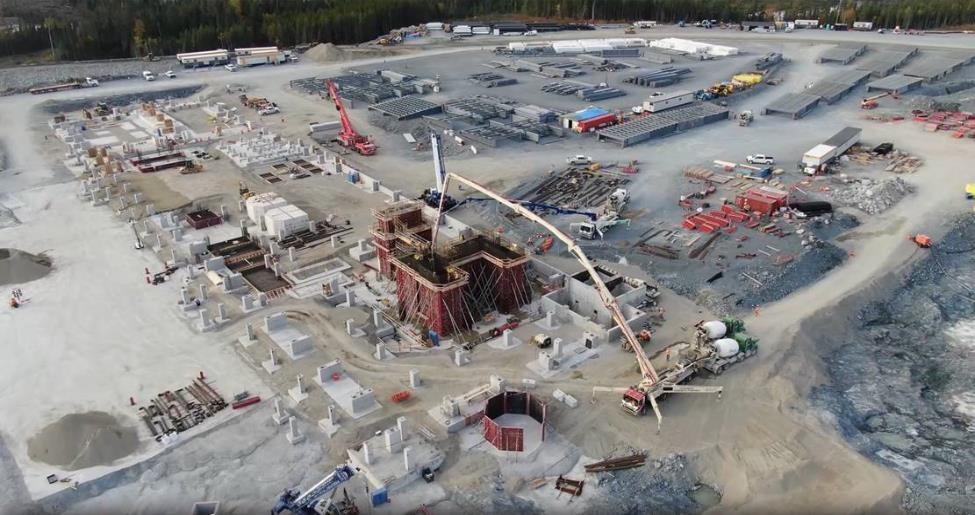