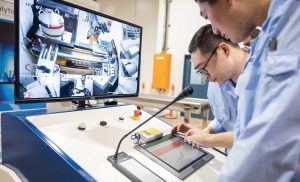 Determining the grade of mineralization in an orebody from initial exploration to resource definition and estimation is essential for assessing whether a deposit represents a potentially economically viable mine. It also provides valuable information on which mineral extraction and processing methods to employ to maximize the value of the finished product.

The chemical analysis of geological materials, including rocks, soils, and stream sediments, from within or around a suspected orebody allows mining and mineral exploration companies to determine the concentrations of saleable products in mineral ores.

However, for gold prospecting and mining, the analysis of gold in mineral ores present unique challenges. For example, gold is mined commercially at low concentrations, is often irregularly distributed in ores, and can be difficult to sample due to its malleability and resistance to pulverization.

In addition to the analytical challenges of determining gold concentrations in mineral ores, the chemical and physical properties of samples need to be altered before analysis. For instance, depending on the expected level of gold, the type of material, and the choice of analytical technique, ore samples are usually crushed, powdered, fused, or digested in strong acids.

A variety of analytical techniques, including inductively coupled plasma mass spectrometry (ICP-MS), induced neutron activation analysis, and atomic absorption spectrometry are then used to determine the concentration of gold in the sample.

The most commonly used method for assaying gold is fire assay. However, the method is complicated and time-consuming, requires skilled technicians who work with molten materials at temperatures of over 1,000° Celsius, involves the use of toxic reagents like lead, and destroys the samples being analyzed.

Furthermore, because it uses small amounts of materials, the analysis of highly heterogeneous mineral ores using fire assay can be particularly challenging, and the results may not necessarily provide an accurate determination of the gold content.

A challenger to fire assaying

A new technology called Chrysos PhotonAssay that uses high-energy X-rays to determine the gold content of mineral ores could now challenge the pre-eminence of fire assay.

The technology, also called gamma activation analysis, was invented in the 1960s, but its lack of sensitivity and accuracy limited its widespread application. Then, around 15 years ago, the Commonwealth Scientific and Industrial Research Organisation (CSIRO) in Australia significantly improved the method, leading to a technique that can rapidly and accurately determine the gold concentration of mineral ores.

Building on the work of CSIRO, an Australian-based company called Chrysos has commercialized the technology and is delivering it to miners and laboratories across the world.

“I was part of a team at CSIRO that was focused on developing new instrument solutions for the minerals industry,” says James Tickner, the company’s chief technology officer and inventor of the trademarked Chrysos PhotonAssay technology. “There weren’t any real-time, online technologies that could measure gold quickly, accurately, or with sufficient sensitivity that would be useful for industry.”

Fortunately, Tickner added, the technology that eventually became Chrysos PhotonAssay worked exceptionally well for gold and could provide the industry with an alternative to fire assay.

The technique uses an electronic linear accelerator to generate high-energy X-ray beams with energies up to 8.5 million electron-volts (MeV) that irradiate the sample for around 15 seconds. The beams are sufficiently energetic to induce short-lived changes in the nuclei of any gold atoms present in the sample.

As gold has only one naturally occurring isotope, 197Au, excitation by the X-rays pushes the gold atoms into an excited, or isomeric state, which has a half-life of about 7.73 seconds.

“When this isomeric state returns to the ground or unexcited state, the gold atoms emit gamma-rays with a characteristic energy of about 279 keV (thousand electron-volts),” says Tickner.

This signal, Tickner added, is unique to gold, “so, you don’t have to contend with background signals from other elements like silicon, aluminium, oxygen, for example, which are usually present in the rock at much higher levels and is a particular bugbear for other techniques.”

By detecting and then measuring this signature gamma-ray signal, which is proportional to the amount of gold in the sample, the gold concentration and grade of ore can be easily estimated.

Furthermore, the energy of the incident X-rays and emitted gamma-rays is high enough to penetrate several centimetres of rock easily. Therefore, relatively large samples of around 400 to 600 grams can be analyzed, providing a more accurate assessment of the entire sample’s actual grade.

“The technology is fully automated and provides a fast, accurate, and reliable method for detecting gold and other metals,” says Dirk Treasure, CEO of Chrysos. “Unlike fire assay, it’s a non-destructive technique and leaves the original sample intact, which allows for multiple analyses to be performed on the same sample.”

In CRMs containing one part per million (ppm) gold, a detection limit of 30 parts per billion (ppb) with a precision of about 3.5% was achieved for a prototype instrument, which increased to less than 1.5% for samples of around 10 ppm. Factory testing of a commercial unit led to an improvement in the detection to 30 ppb.

In addition to testing carried out by Chrysos, MSALABS, a provider of geochemical laboratory services to the global exploration and mining industry and headquartered in British Columbia, has also conducted trials on the technology.

“We used the technology for a mining client with two issues – nuggety gold samples and rapidly increasing sample volumes,” said Stuart Thomson, CEO of MSALABS. “It’s well known that assaying for nuggety gold deposits is difficult, and there are compromises with any method selected during both sample preparation and the final assay.”

Thomson and his team conducted trials using both the Chrysos PhotonAssay and fire assay techniques.

“We found that the two techniques demonstrated a very strong correlation in the results despite the sample grades spanning multiple orders of magnitude,” Thomson noted. “However, the Chrysos PhotonAssay technology is a simpler process that requires fewer people and a lower technical skillset with less likelihood for error.”

The simplified process, he added, provides a much faster sample turnaround and higher throughput and also eliminates human and environmental exposure to the waste lead created by fire assay.

“Extensive testing of the technology on real mineral ores provided by more than 20 companies produced results that were consistent and interchangeable with those from fire assay,” Treasure said.

The benefits of technology, he added, include a 10-fold increase in sample size, reduced sample preparation requirements, automated and non-destructive analysis, faster turnaround times, and the elimination of the use of toxic or caustic chemical reagents.

The International Organization for Standardization and Australia’s National Association of Testing Authorities have certified the technology, and grade results for drill core samples have been used in Joint Ore Reserves Committee Code and National Instrument 43-101 compliant reports, Treasure noted.

“Currently, the technology can analyze around 50,000 samples per month and is designed for use in either large, centralized assay laboratories, or on-site laboratories at large gold mines,” Tickner said. “A new unit is currently being designed that is targeted for smaller gold operations and is scheduled for delivery in 2020.”

The technique, he added, is currently being extended to other elements and could be used for commercially relevant concentrations of both silver and copper.

Carl A. Williams is a senior staff writer with The Northern Miner.