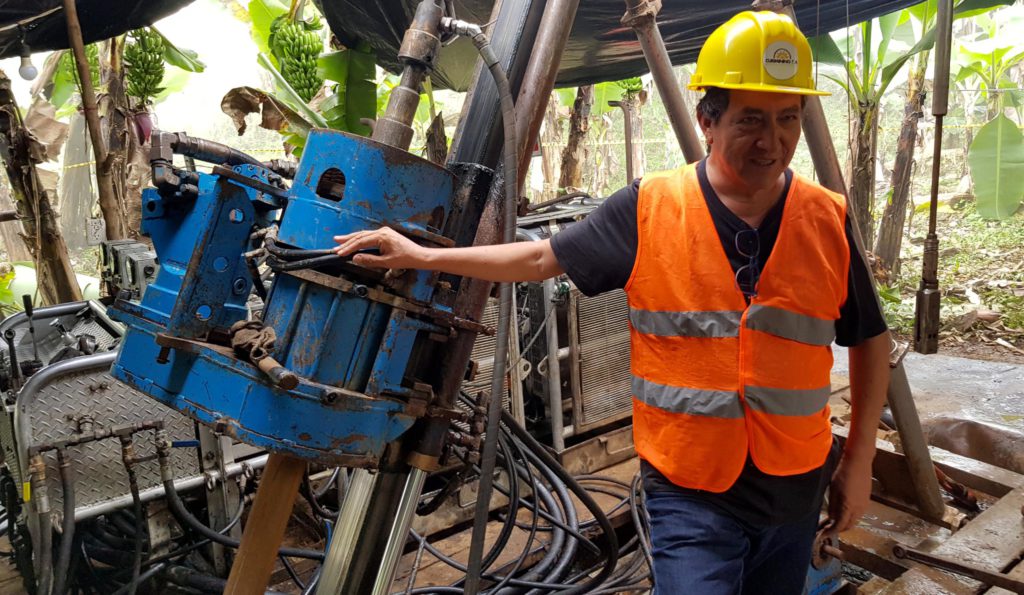 Adventus Mining (TSXV: ADZN; OTC: ADVZF) and Salazar Resources (TSXV: SRL; OTC: SRLZF) have secured financing of US$235.5 million with which to advance their Curipamba copper project in central Ecuador. Wheaton Precious Metals (TSX: WPM; NYSE: WPM) will provide a total of US$180.5 million under terms of a metals streaming deal, and Trafigura will provide US$55 million under terms of an offtake financing agreement.

The Curipamba high grade copper project may be the next modern base and precious metals producer in Ecuador. Adventus is funding exploration and development spending of US$25 million over four years. It is also funding capital costs to production and will receive 95% of the free cash flow until all of its investments since 2017 are repaid. After that, cash flows will be  shared 75% to Adventus and 25% to Salazar.

The feasibility for Curipamba was completed in October last year. It outlines an open pit mine at the El Domo volcanic massive sulphide (VMS) deposit. The mineralization is largely flat-lying, occurring in one main massive sulphide lens.

Adventus also estimated about 1.9 million indicated and 800,000 inferred tonnes that may form the basis for underground mining.

The total initial capital expenditures will be US$247.6 million, including US$51.8 for a conventional open pit mine, US$56 million for the processing plant, and US$29.2 million for tailings management, reclamation and water treatment. The all-in sustaining cost is estimated at US$1.26 per lb. copper-equivalent.

Wheaton will provide US$175.5 million to be paid upfront in four stages to be used for pre-construction activities at Curipamba. As part of the overall funding, US$500,000 will be earmarked for local community development initiatives project prior to production. Wheaton has agreed to purchase 50% of the payable gold production until 150,000 oz. have been delivered and 33% of the gold for the remaining mine life. It will also purchase 75% of the payable silver until 4.6 million oz. have been delivered and 50% thereafter.

Trafigura is providing US$45 million as a senior debt facility, including US$5 million for pre-construction activities. The remainder will be paid in two instalments during construction. This facility includes an offtake agreement for certain concentrates over the  life of the mine.