CIM 2021: Anglo CEO Cutifani urges miners to ‘create the future’ – not be a victim of it

Tasked with talking about the role of mining in society as part of the opening plenary at this year’s virtual CIM convention, […]
By Alisha Hiyate May 3, 2021 At 2:18 pm 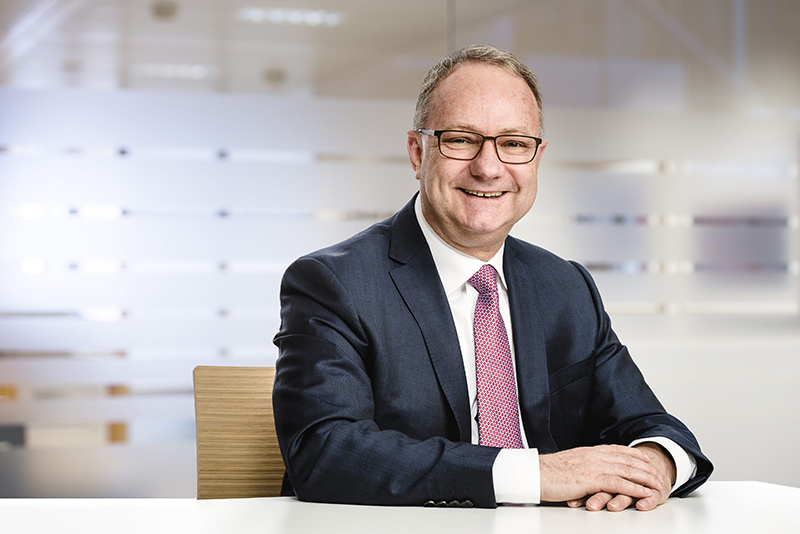 Tasked with talking about the role of mining in society as part of the opening plenary at this year's virtual CIM convention, Anglo American (LSE: AAL) chief executive Mark Cutifani didn't mince words.

With a world population of 7.6 billion that's growing toward 9 billion, “the simple fact is that the world cannot survive without mining and our contribution to literally every aspect of modern life,” Cutifani said.

Cutifani noted that other critical sectors, including energy, food production, construction, transportation, renewables infrastructure and communications all rely on mining. “In fact, 45% of the world's economic activity is driven by the mining sector,” he said, counting both direct commodities sales and mining's support of other industries (including the productivity improvements that come with mechanized farming, for example).

Not only that, but compared to agriculture's footprint – which takes up 50% of the world's habitable land – mining only takes up 0.04%.

That is “literally the smallest footprint relative to our economic contribution than any other industry.”

However, there remains a gulf between the public perception of mining and the reality of mining.

“Even with all the contributions we make, people tend to see us an industry that takes more than it gives,” he said noting that the mining industry bears some responsibility for that. “One of the things we don't do well as industry is talk about what we do.”

The role of mining and mining companies' relationships with local communities is also changing, in step with advances in technology and the increasing focus on sustainability.

For example, as part of its sustainability goals – which revolve around supporting a healthy environment and thriving communities and being a trusted corporate leader – Anglo has committed to support the creation of five jobs offsite for every one onsite.

“When we talk about life-of-mine plans, we're also now starting to focus on life-of-community plans and how we can create 100 years future for those communities based on the infrastructure that we can bring as part of our mine development,” Cutifani said.

The company's microfinancing programs in South Africa and South America have supported the creation of 137,000 jobs, he noted. And the development of a reverse osmosis water purification facility in South Africa has opened up new opportunities for agriculture and for locals to enter new industries that rely on clean water.

“We understand the impact of technology and future of work will have. . . so we understand that we have to be a catalyst in those local communities for new jobs.”

As the focus on sustainability and climate change increase, those pressures are already starting to reshape mining.

“Ten years ago, we used to define ourselves as a mining company, and for most, that created an image of a company digging holes,” Cutifani said. “In 2018, we redefined our own conversation about ourselves and took the way our customers were describing us – and that is as a metals and minerals company.”

Looking another 10 to 20 years into the future, Anglo (which currently mines everything from iron ore to precious and base metals to diamonds and more) sees itself becoming a “materials solutions company.” That vision incorporates an understanding of how the company will support the circular economy (including more recycling) and efforts against climate change, and the need to adjust its portfolio to the needs of society.

The goal, Cutifani said, is to understand where the world is going and become a catalyst to get there quicker.

“We need to help people understand what we do and how critical we are – we need to be a partner in society in creating a new future,” he said. “We are the key to decarbonization and creating a long-term sustainable planet.”

Cutifani also urged miners “to take the time to understand our role in society and make sure we're creating the future, we're not becoming a victim of the future.”

His remarks came during a panel, which was moderated by Jerrod Downey, president of Crownsmen Partners, and included Jody Kuzenko, president and CEO of Torex Gold Resources (TSX: TXG), David Cataford, president and CEO of Champion Iron (TSX: CIA; ASX; CIA), and Denise Johnson, group president of Caterpillar. The wider theme of the plenary session was “resilient and thriving," with the discussion touching on diversity and inclusion in mining, sustainability and ESG, and the impact of Covid-19 on the industry.

The CIM virtual convention continues through Thursday, May 6.