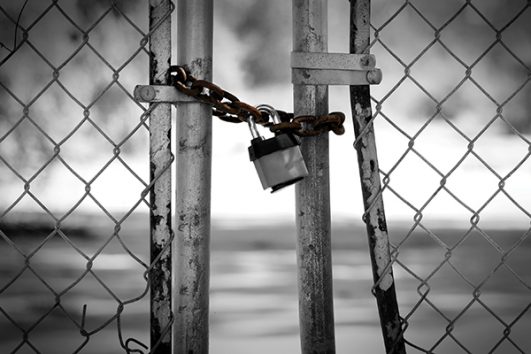 At the start of 2019, CMJ looks back on 2018 to highlight our most read stories of the year, starting with our popular annual Top 40 coverage. Click on the headlines to read the full story. Teck’s Highland Valley Copper mine, in B.C. CREDIT: TECK[/caption] The world’s miners took a collective sigh of relief in 2017, as metals and commodity prices rose somewhat. Their days of huge debt are behind them, and they can concentrate on operations. With fiscal responsibility and better prices, some corporations may be tempted to throw money into capital projects in expectation of higher demand. They might want to hold off for now lest oversupply and debt swamp them again. Failure to fund exploration can be just as disastrous as over building. Funding either should be balanced to ensure longer term success.

ONTARIO – The skyline of Kirkland Lake changed recently when the 65-metre-tall concrete headframe for Kirkland Lake Gold’s new Macassa No.4 shaft was slip formed in just 10 days. Another significant event in the No.4 shaft construction occurred when the team of Cementation, Tesc, Anmar, Northern Equipment, Niiwin GP, Shaba Testing, Peter Bull, MDB Mining, the Ontario Provincial Police, and Kirkland Lake Gold carried out the lift and placement of the shaft sinking Galloway and the equipping deck into the shaft collar through the top of the headframe. The lift started with the single drop deck that was attached to the bottom of the main Galloway once it was lowered into the No.4 shaft. The Galloway, over 90 tonnes and 26 metres long, had to be lifted over the top of the headframe and lowered blindly into an exact position below surface in the shaft collar. The crane cables were extended 126 metres from the tip of the boom to the final position of the Galloway where the steel work platform was secured to the concrete walls of the shaft. Canada Cobalt president and CEO Frank Basa (left) and Douglas Robinson, project geologist, discuss drill core. (Image: Canada Cobalt Works)[/caption] Northern Ontario has seen its share of staking rushes. Nickel at Sudbury toward the end of the Nineteenth Century 1883.-There was silver at Cobalt, the cradle of Canada’s mining industry, in the early Twentieth Century and uranium at Elliot Lake in mid-century. There was gold at Kirkland Lake and Timmins in the 1910s, at Red Lake in the 1920s and at Hemlo in the 1980s. Now interest is returning again to the western shores of Lake Temiskaming and the town of Cobalt – not for silver but for cobalt metal. Cobalt has become one of the most sought after metals for its applications in energy storage (batteries) and electric vehicles. According to some analysts, by 2020 fully 75% of all lithium-ion batteries will contain cobalt in some chemical form. It also has applications in catalysts, superalloys, colouring, magnets and more.

4: Why mine closure matters and why it gets ignored Mine Closure[/caption] If you want to clear a room of miners, there are few better ways than to raise the topic of mine closure. At least, that’s sort of what happened at the Progressive Mine Forum in Toronto in late October. The inaugural event, organized by The Northern Miner, was dedicated to discussing innovation in mining. After a day of roundtables discussing CSR, Big Data in exploration, and innovation in mine development, operations and finance, about half the audience got up and left when it came time for the final topic of the day – mine closure. While mine closure may not be a sexy topic, it is an urgent one. “It’s the single most important thing that our industry does,” said Douglas Morrison, president and CEO of the Centre for Excellence in Mining Innovation. “Nobody in the public could care less what our productivity levels are, what the return on investment is. They absolutely care what we do with our waste streams – waste water and solid waste. This is where our industry interacts with the public.”

5: New Millennium sells part of port to owner of Scully mine

NEWFOUNDLAND – Calgary-based New Millennium Iron Corp. (NML) has agreed to sell a portion of its multi-user wharf capacity to Tacora Resources of Grand Rapids, Minn. The agreement calls for Tacora to purchase the rights to 6.5 million tonnes of the 15-million-tonne annual wharf capacity reserved by NML under the terms of its July 2012 contract with the Sept-Iles Port Authority. Tacora purchased the idle Scully iron ore mine near Wabush, NL, in July 2017, and is planning to re-open it. The agreement with New Millennium is dependent on Tacora completing finance arrangements and securing the necessary permits and operating licences. Ramp entrance at Gowest Gold’s Bradshaw project.
CREDIT: GOWEST GOLD[/caption] When the price of gold was on the ascent about a decade ago, the growing costs of building a gold mine seemed – if not justified, then – forgivable. Now that the yellow metal has avoided the same degree of volatility for several years, and seems somewhat stable in the US$1,100-1,300 per oz. range, development plans have come back down to earth. To be sure, there are still some projects in the works in Ontario with $1 billion-plus price tags – but they are generally being advanced by a joint venture instead of by a single owner. For example, Iamgold’s $1-billion Cote gold project, which is at the feasibility stage, is now being advanced with 30% partner Sumitomo. And Premier Gold Mines has brought in Centerra Gold as a 50% partner at its $1.3-billion Greenstone project, now in permitting. But a new crop of gold projects is on the rise in Ontario. Lower capex and generally higher grade, these development projects sport refreshingly modest price tags. The heads-up display technology being developed for Teck’s metallurgical
coal operations. CREDIT: TECK[/caption] Far from being a mining industry laggard in innovation over the past decade, Teck has, in many ways, been a leader. The more than 100-year-old company has been ahead of the curve in implementing a digital strategy starting about 10 years ago; its Courageous Safety Leadership program has improved safety and productivity over the past eight years, and it’s been on the forefront in climate change transparency, planning and even advocacy. Teck’s efforts on productivity have had tangible success. For example, over the past six years, it’s improved productivity in its coal division by 24%. But now, inspired by a visit to Silicon Valley several months ago, Teck’s president and CEO Don Lindsay is aiming even higher. Lindsay said that it’s clear from observing what tech leaders there are doing and from assessing the landscape of business in generally, that technology is having an extraordinary impact on productivity across sectors.

8: Pure Gold is NWOPA developer of year for Madsen project ONTARIO – Vancouver-based Pure Gold Mining has won the Developer of the Year Award from the Northwestern Ontario Prospectors Association for the Madsen gold project 16 km west of Red Lake. The presentation was made in Thunder Bay, Ont., on April 3, 2018. In 2017, Pure Gold achieved several major milestones for the Madsen Project that included:

9: Tighter regulations: What miners need to know about MDMER MBBR (moving bed biofilm reactor) tanks and the water treatment plant at a
gold mine in Canada. CREDIT: VEOLIA[/caption] On May 13, 2017, the federal government published new regulations amending the Metal Mining Effluent Regulations (MMER) in the Canada Gazette. These amendments, the product of long consultations, will come into force between June 1, 2018, and June 1, 2021. This article will review what impact the amended regulation will have on water treatment. Keep in mind that some of the new parameters will only apply to new mines, or mines that are closed and reopened. Diamond mines The most obvious change is that the regulation now applies to diamond mines: the regulation is now the Metal and Diamond Mining Effluent Regulation (MDMER). Previously, diamond mine effluents had not been regulated countrywide. While the diamond mining industry was small when the original regulations were published in 2002, there are now six or seven diamond mines in Canada in various stages of operation. Diamond mine effluents are usually fairly easy to make compliant with the MDMER, as the main contaminant is usually total suspended solids (TSS) with minor releases of dissolved salts and nutrients. The impact of the new regulations for that part of the mining industry is thus expected to be minimal. Local geology of the Hammond Reef property. (Image: Agnico Eagle Mines)[/caption] ONTARIO – Agnico Eagle Mines of Toronto finally got the news it was waiting for – the federal government has given the Hammond Reef gold project the formal environmental okay. Agnico can now apply for construction permits for the site 170 km west of Thunder Bay. Minister of Environment and Climate Change Catherine McKenna announced that the project is not likely to cause significant adverse environmental effects when the mitigation measures described in the government report are taken into account. Agnico originally had a 50% interest in Hammond Reef that it acquired when it and Yamana Gold bought Osisko’s Canadian Malartic mine. Agnico bought out Yamana’s 50% interest in March this year.