COPPER-GOLD: Indonesian government to pick up Rio’s share of Grasberg

INDONESIA – If the Indonesian government wants 51% of your mine, what can you do? Freeport McMoRan of Phoenix, Ariz., has caved […]
By Marilyn Scales December 6, 2017 At 4:33 pm 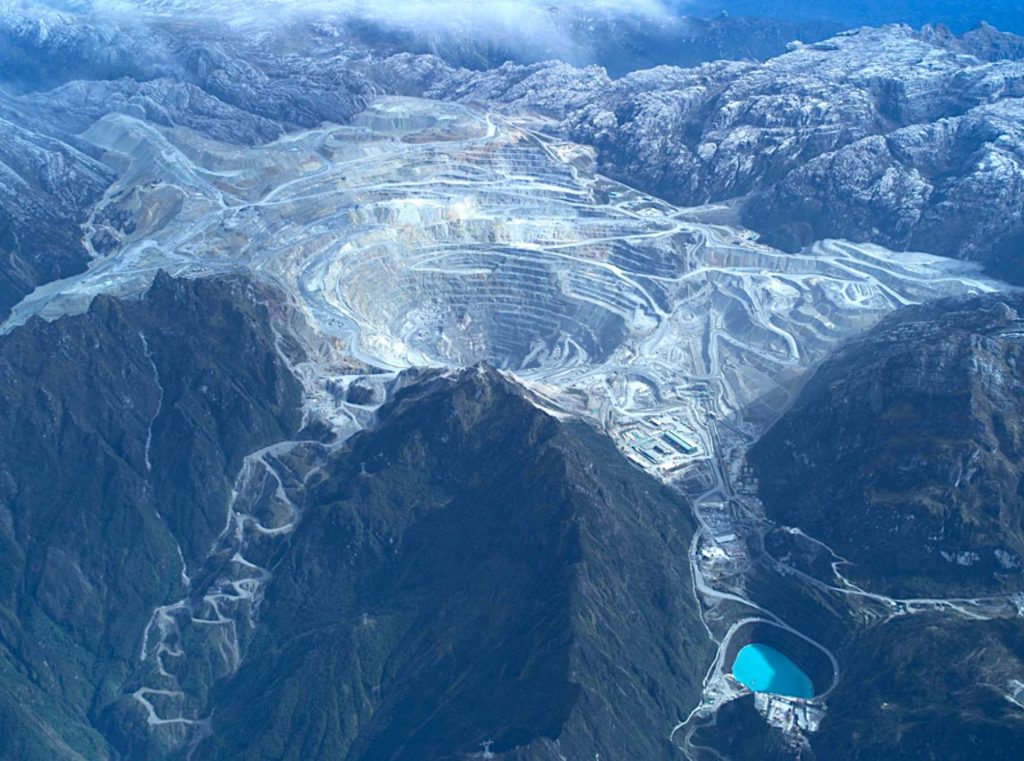 The Grasberg mine in Indonesia will produce about 450,000 tonnes of copper and 1.6 million oz. of gold in 2017. (Image: Mining.com)[/caption] INDONESIA – If the Indonesian government wants 51% of your mine, what can you do? Freeport McMoRan of Phoenix, Ariz., has caved to the demand and agreed to divest its interest in one of the world’s richest copper-gold mines in the world – Grasberg. The $7-billion takeover is set to close in 2018, but Freeport will retain operational control through 2041. Sometimes forgotten is the joint venture Freeport made with Rio Tinto in 1995. Rio Tinto is entitled to 40% of production above specified levels until 2021 and 40% of all output after that date. Having a third party in the deal has complicated matters, but the Indonesian government now says it will buy out Rio, although no number was attached to the deal at press time. Grasberg is transitioning from open pit to underground mining as pit reserves near their end. The block caving mine is to come online this year. The project will be a fully underground operation by 2022 with a projected mining rate of 160,000 t/d of ore. A second, deeper mine will also contribute to production at a rate of 80,000 t/d in 2021. More information about operations at Grasberg are available at www.FCX.com.