Emesent has announced the launch of Hovermap ST, the latest version of their world-leading Hovermap autonomy and mapping payload. The tough, lightweight, […]
By Canadian Mining Journal Staff March 1, 2022 At 12:29 pm 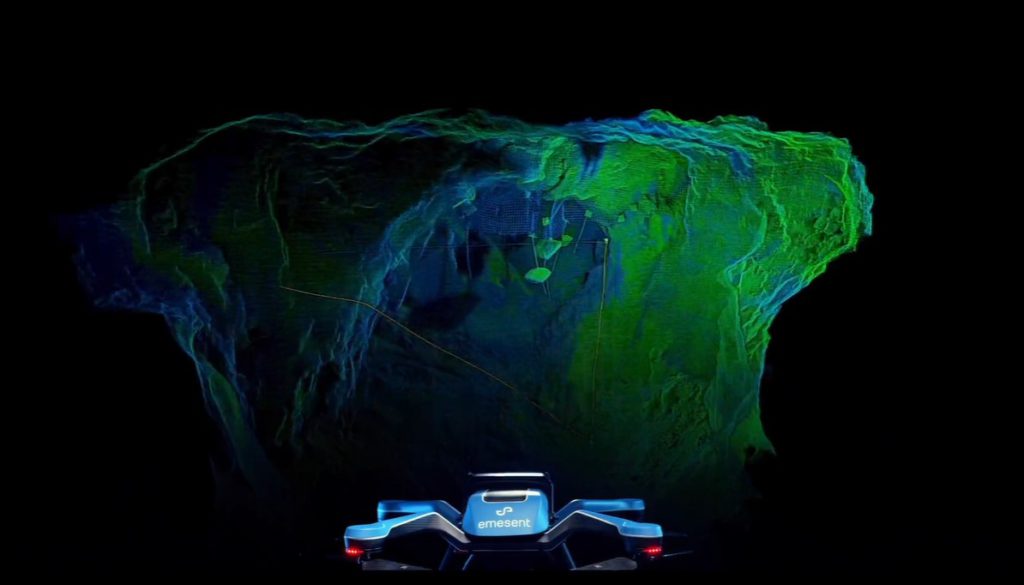 Emesent has announced the launch of Hovermap ST, the latest version of their world-leading Hovermap autonomy and mapping payload. The tough, lightweight, IP65 rated Hovermap ST is being launched with Emesent’s new Automated ground control feature.

This powerful combination is poised to set the standard for survey grade autonomous LiDAR mapping in challenging environments.

Since its 2019 launch, Hovermap has made significant impacts in mining and other verticals, earning a reputation for its versatility, ease of use, and mapping data quality. With thousands of hours of autonomous flight logged by customers around the world, it is the most proven LiDAR mapping and autonomy solution for challenging GPS-denied environments.

Hovermap ST with the autonomous ground control feature builds on this reputation with significant improvements, allowing autonomous data capture in even harsher environments and for a wider range of use cases.

“We’re excited to be providing our customers with a new robust and reliable autonomous mapping tool for challenging environments, including those that were previously not well suited to SLAM-based mapping,” said Dr. Stefan Hrabar, Emesent's CEO and co-founder.

Simultaneous localization and mapping (SLAM) based systems have proved their value for rapid mapping of complex environments, but achieving survey grade accuracy and repeatability has been a challenge in some environments. Surveyors were faced with a compromise between fast data capture and data accuracy, depending on the job requirements.

This is no longer the case with Hovermap ST and the automated ground control feature, as the feature enhances the SLAM solution to remove SLAM drift and produce survey grade, georeferenced point clouds.

Emesent Ground Control targets are placed in the environment and captured in a continuous scan with Hovermap ST. There is no need to stop or place Hovermap on the targets, ensuring the capture process remains as efficient as before. The targets are automatically detected by Emesent’s SLAM processing engine and used to both improve the SLAM result and automatically georeference the point cloud to the control points.

More information is available at www.emesent.io.