ENGINEERING: MacLean to run underground test mine in Sudbury 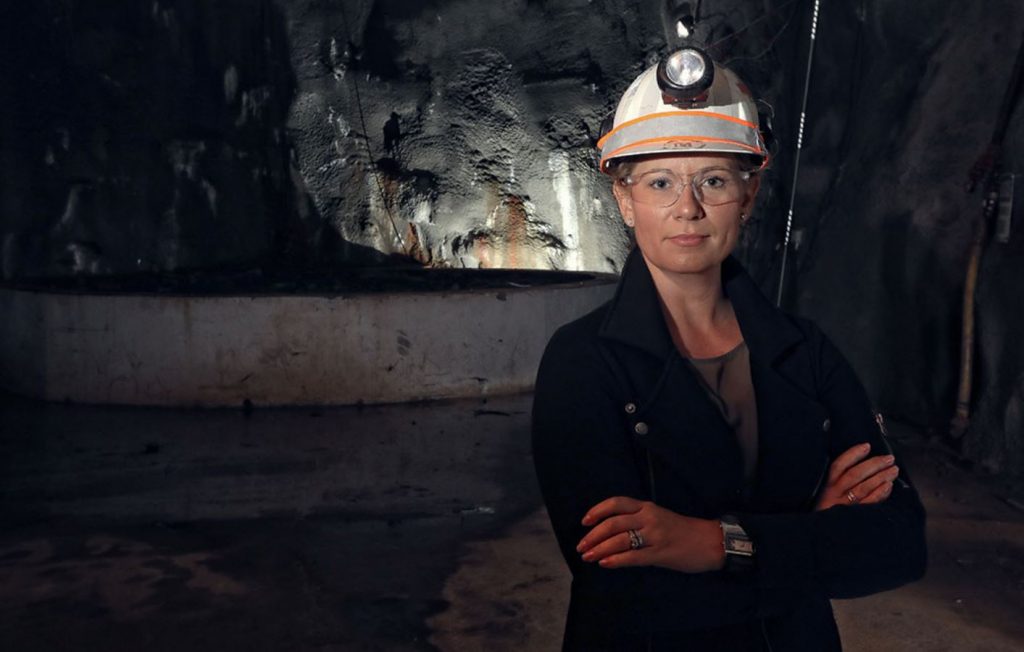 Stella Holloway in the newly acquired MacLean underground test facility. (Photo: Paul Gomirato, PG Creative)[/caption] SUDBURY, Ont. – MacLean Engineering has purchased the former MTI test underground testing facility in the Lively neighbourhood. It is located less than a 10-minute drive from the company’s sales, service and support centre. The property includes an approximately 300-metre underground ramp down to a depth of some 40 metres, at an average grade of 15%.  The underground facility also includes an excavated cavern where shaft jumbo mucking training had previously been conducted, along with a 4,500 m2 building on a 3.0-hectare site. “We intend to utilize this facility as an innovation hub for our company, just as Bob Lipic, Sr. did with MTI when the test facility was originally developed in 2012,” notes MacLean president, Kevin MacLean. “I want our activities at site to honour the tradition of mining entrepreneurship that Bob embodied in the Sudbury mining industry.” “We are thrilled to now have unfettered access to an underground facility that gives us a research and development test bed for new products and new technologies, a mine equivalent setting for conducting quality assurance/quality control checks on MacLean equipment prior to shipping, a place where employees and customers alike can be given hands-on exposure to our equipment in the working environment, as well as a great location for conducting photo and video shoots,” adds Stella Holloway, GM for MacLean’s Sudbury operations. “Having underground ramp access gives us the ability to ‘ramp up’ our product development and testing efforts, which is a significant step for MacLean and I am personally gratified that Bob’s vision of a dedicated test facility is going to continue,” adds MacLean chairman and founder, Don MacLean. “I started my mining career in the 1950s working underground at Inco, this city is where the first MacLean branch was established back in 1995 and we now have 100 employees locally, so the Sudbury Basin remains at the core of the MacLean business just as it remains at the heart of mining activity in Canada.” Learn more about MacLean’s commitment to electric mining vehicles at www.MacLeanEngineering.com.