Growing Equinox Gold on track towards 1M oz by 2023

Over the next three years, Equinox Gold (TSX, NYSE: EQX) expects to continue with its trend of growing gold output, reaching 1 […]
By Canadian Mining Journal Staff February 9, 2021 At 12:24 pm 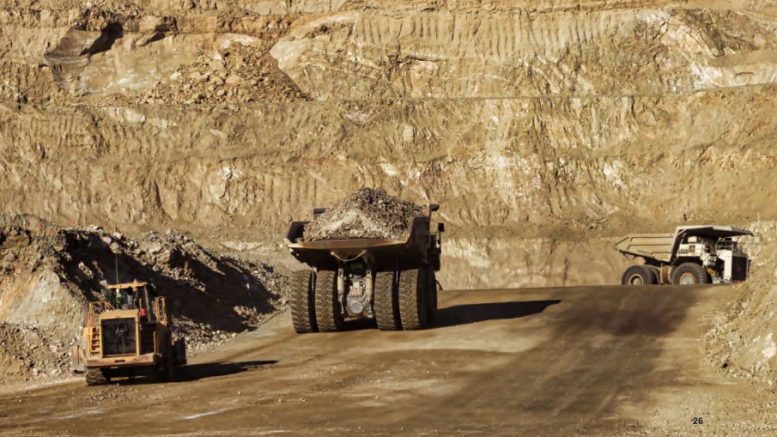 The production numbers represent a 33% increase over the 477,200 oz. generated last year and do not include any contributions from the $612-million Premier Gold Mines acquisition, announced in December and expected to close in March.

“2021 represents a year of investment for Equinox Gold as we direct our strong operating cash flow to our existing portfolio of mines and growth projects,” Christian Milau, CEO of Equinox Gold, said in a release. “These investments in 2021 will set the foundation for lower-cost production, longer-life mines and substantial near-term production growth with an increase to approximately 900,000 ounces of gold at significantly lower costs in 2022 and approximately one million ounces of gold from 2023.”

Throughout the year, gold production is expected to trend upward each quarter.

The Los Filos operation in Mexico – consisting of two open pits and one underground mine – is expected to be the top production contributor this year, churning out 170,000 to 190,000 gold oz. The Mesquite open pit in California is forecast to contribute 130,000 to 140,000 oz. and the Aurizona pit in Brazil is anticipated to generate 120,000 to 130,000 oz. The guidance includes a total of eight mines in the Americas.

The all-in sustaining costs forecasts include stripping campaigns at three mines to access higher-grade ore; costs are anticipated to decrease in the second half of the year.

The company-wide growth capital budget for the year is US$249 million, with US$95 million allocated for expansion projects at Los Filos – underground development, pre-stripping and fleet rebuilds. This number excludes the capital for a potential new carbon-in-leach (CIL) plant that would operate together with the existing heap leach – a feasibility is expected in the first half of the year.

A further US$94 million of growth capital is planned for the Santa Luz project in Brazil, where construction started in November 2020 for an open pit operation, which, based on a November 2020 feasibility, would produce an average of 110,500 gold oz. a year in the first five years. With a US$103-million total construction budget, the first gold pour is expected in the first quarter of 2022.

The company is also working on a feasibility for a potential expansion of the Castle Mountain heap leach mine in California to increase average production to the 200,000 oz. per year rate. Results are expected in the first half of this year.

The 2021 exploration budget of US$37 million will focus on mine life extensions at Equinox’s shorter-life mines.

Additional updates to the guidance are expected after closing of the Premier acquisition. The release notes that the company’s share of the Hardrock pre-development gold project in Ontario (where Orion Mine Finance has a 50% stake) “would further reduce our costs per ounce produced and boost production by more than 200,000 oz. annually starting in 2024.”