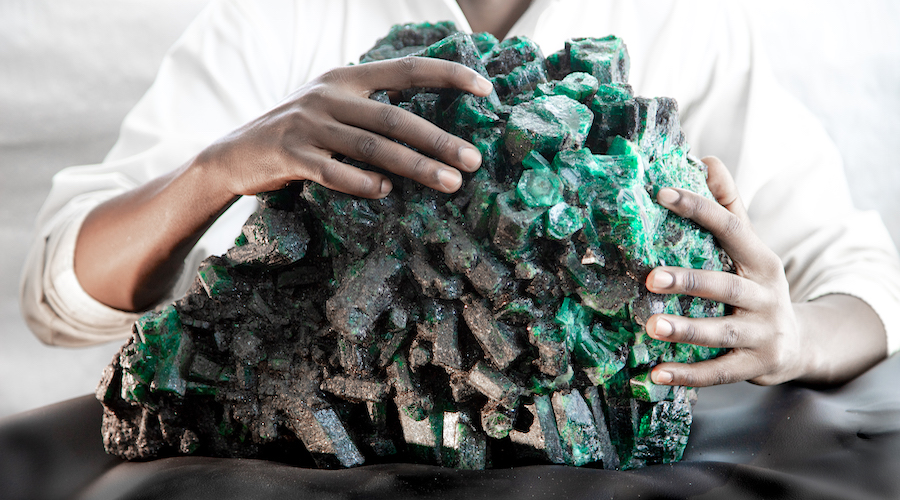 The Kafubu Cluster was found at the Kagem emerald mine in Zambia in March 2020. Credit: Gemfields

The coloured gems producer said the Kafubu Cluster, discovered at its Kagem emerald mine in Zambia in March 2020 is likely to become the most expensive single emerald piece it has ever sold.

“Rarity is one of the factors that makes emeralds hold such a special value in many cultures around the world,” Jackson Mtonga, Kagem assistant sort house manager, said. “But the combination of this crystal cluster formation, the overall quality and the sheer enormity of the Kafubu Cluster is something I never thought possible.”

The piece took its name from the Kafubu river, which forms a natural boundary for the emerald mine in the southern part of the Kagem licence.

Gemfields said that Zambian emeralds tend to have a higher iron content than emeralds from other origins, which means they are less fragile. High iron content also means fewer surface-reaching fractures and less need for treatments and enhancements.

Gemfields, which has operations in both Mozambique and Zambia, has stepped up efforts to market its emeralds and rubies in China after a report highlighted the “huge potential” for ethically sourced gems in that market.