The Northern Miner’s third Global Mining Symposium of 2021 began with a Thought Leadership panel discussing one of the most important issues […]
By Northern Miner Staff September 24, 2021 At 2:57 pm 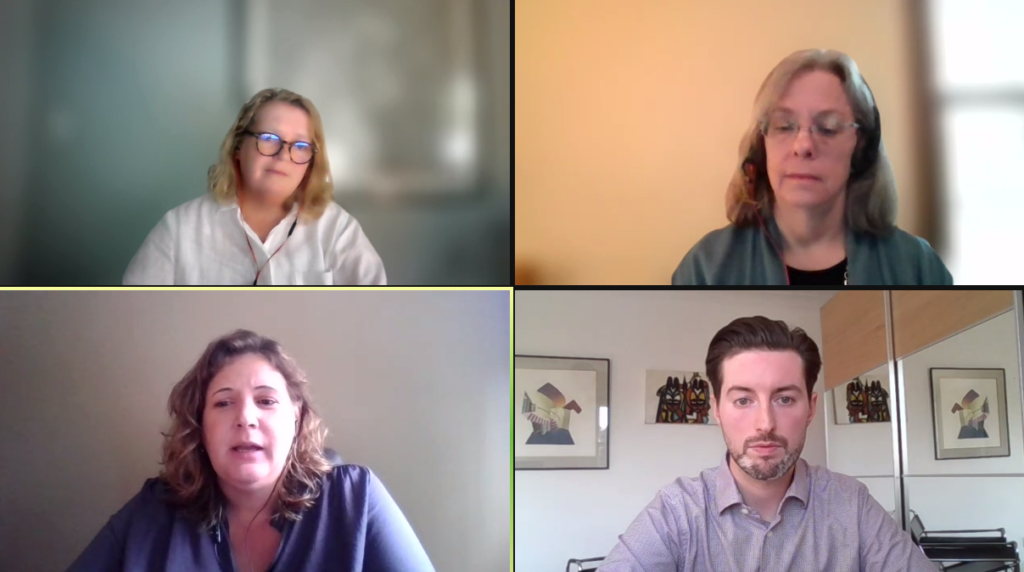 The Northern Miner’s third Global Mining Symposium of 2021 began with a Thought Leadership panel discussing one of the most important issues facing the mining industry: environmental, social and governance (ESG).

The global importance of ESG issues was evident as the panel discussion came just a day after Chinese President Xi Jinping announced to the United Nations’ General Assembly that his country would stop building new coal power plants overseas and, instead, step up support for developing green and low carbon energy, a decision that could have a huge impact on the future of the coal mining sector.

Pearce noted that even at a time of disruption, opportunities exist to reflect on what really matters to society and how this translates into what you do, what you are and who you are perceived to be. An understanding of this can provide what she calls a North Star, a point of reference for strategic decisions, as well as day-to-day operations, all centred on the concept of value.

“The notion of value is ever changing,” Pearce said. “Historically, value was, especially in our sector, largely defined in terms of economic value. We're now required to think about ‘value to whom? and factoring [in] the value of non-financial elements upon which business is relying.”

What this means is that a company seeking to become a leader must be crystal clear on its own values, and how it will deliver longer term value for all its stakeholders. But Pearce emphasized that while value can be created, it can also be eroded. And though creating value can take a long time, its erosion can happen much more quickly.

She laid out the three key themes that sit at the heart of ESG: intersectionality and integration; accountability and ownership; and the execution element, in which promises must be matched by delivery every time.

Henry Hall of Critical Resource noted that effectively, executives face two main unknowns. First, how the expectations of investors, governments and civil society are likely to evolve, and second what technologies will become available to reduce emissions in the longer term.

“This uncertainty has left companies in limbo wondering whether to wait for more information before going public or make the leap and set ambitious targets without clear visibility of how to achieve them,” Hall noted.

Despite these challenges, the reality, he said, is that climate change has become the preeminent ESG issue that investors have been focused on for the past year or so, and, as such, there is pressure on companies to appear active in their response.

“The world is changing fast, and executives need to decide whether they can afford to risk delaying action and being carbon-intensive producers in a quickly decarbonizing world,” he said. “In the longer term, the mining industry will need to show that it can play a constructive role in the low carbon economy.”

In addition, Hall also said that energy transition is not just about cutting carbon emissions, but about creating a new energy system and a broader economy. As an energy-intensive industry, Hall said, the mining sector will have to play its part.

“We all know that what isn't grown is mined, and therefore mining will always be needed,” Hall said. “But public opinion, particularly in developed economies, will demand that the mining industry does more. This could be vital in recruiting the best young talent and also maintaining the social licence in as many jurisdictions as you can.”

ERM’s Nicola Lower discussed how biodiversity and climate change have impacted the importance of getting ESG right over the last year and a half and pointed out that some have linked the Covid-19 pandemic to deforestation and species transfer.

“We're all aware of biodiversity, changes in destruction through habitat destruction, through urbanization,” she said. “I think we're much more aware now of how climate change is really influencing and accelerating.”

However, she also said that the topic hasn’t been a critical C-suite issue until recently.

“And from this we've seen this new concept emerge,” Lower said. “[It] really does place biodiversity at the centre of business decision-making with the other ESG factors, in the same way as financial returns.”

The circular economy, or circularity, is another issue that companies must have on their radar when it comes to ESG.

ERM’s Boston-based Kate Sellers described circularity as an umbrella   term that includes waste and pollution, working harder to keep products and material in use, and restoring natural systems. She also pointed out that these concepts are not really new, noting how recycling scrap metal was critical during the Second World War and, in the 19th century, rag pickers would rummage through garbage to salvage what could be reused. And today, Sellers said that by some estimates 75% of aluminium is recycled.

“One estimate says that actually 75% of all of the aluminum ever mined is still in use. So keeping products and materials in use is really nothing new with respect to metals. But what is new are the pressures on increasing circularity. We're seeing interest in the circular economy ripple up the supply chain, motivated sometimes by consumer demands.”

Sellers added that the European Union has new regulations related to the circular economy and these are beginning to expand to the rest of the world. This is especially relevant to the mining sector, she said, as some essential metals become scarcer.

“The data shows us that some resources are going to be increasingly difficult to access in the years to come,” Sellers said. “Ten essential metals are considered to be very scarce, with less than a 20-year supply. We could look at those numbers. We could debate those numbers. But those kinds of numbers suggest to us that we will need to look further in the years to come at keeping products and materials in use and overall circularity.”

In the end, the panel emphasized that the challenge for the mining industry is that companies cannot solve ESG issues on their own. Cooperation and co-investment are across the sector are vital if miners are to retain and enhance their value for stakeholders.

“I think you need to be progressive. That [is] the North Star for your company: What are your values?”