VANCOUVER – Apollo Gold has signed a letter of intent to acquire a group of properties in Jalisco state, Mexico, from First […]
By Alisha Hiyate June 23, 2020 At 2:58 pm 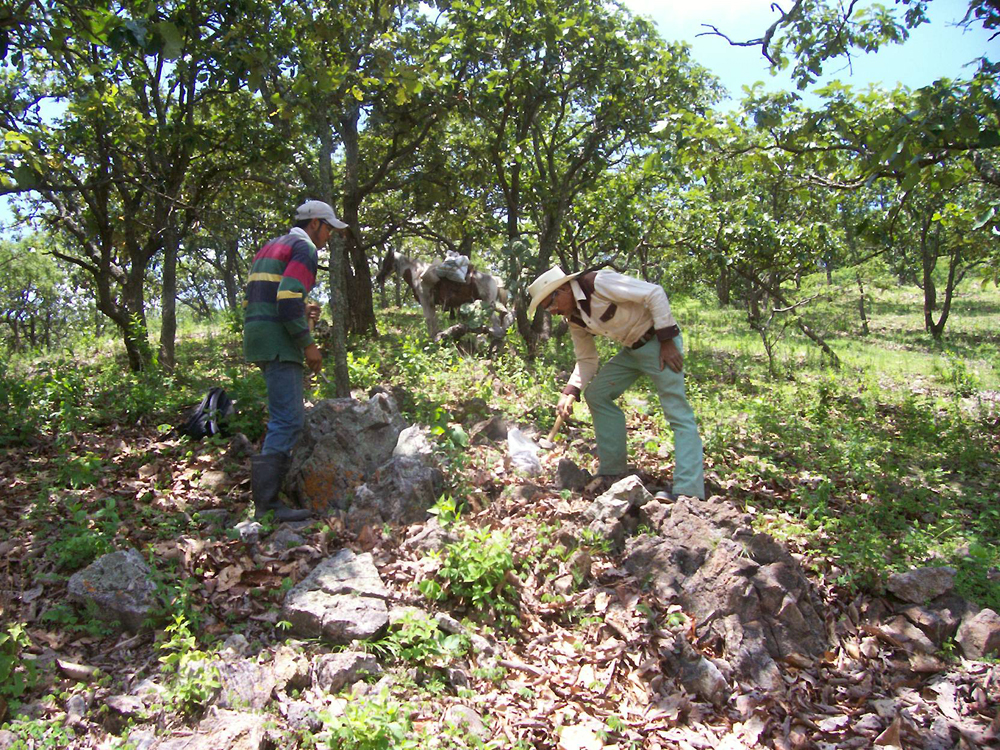 At one of First Majestic Silver's Jalisco properties, in Mexico. Credit: First Majestic Silver[/caption] VANCOUVER – Apollo Gold has signed a letter of intent to acquire a group of properties in Jalisco state, Mexico, from First Majestic Silver. The deal is the second option agreement the junior has announced since April. Apollo, which changed its name from Inform Resources in May, also announced a $5-million private placement financing. The Jalisco properties consist of six properties, totalling 52.4 sq. km, that host several silver historic gold and silver mines. Under the three-year option agreement, Apollo can earn a 100% interest in the properties by paying a total of $750,000, spending $1.25 million on exploration, and issuing shares to First Majestic. Once a definitive agreement is signed, Apollo will pay $250,000 and issue 4.3 million shares to First Majestic, giving it a 9.9% stake in the junior. The properties include a total of 15 highly prospective claims, 13 of which are 100% held by First Majestic and two that are 45% held. Apollo says that First Majestic has identified a number of drill-ready targets at the Etzatlan claims that form one of the properties, having mapped and sampled known epithermal veins there in 2008. In a release, Simon Clarke, CEO of Apollo Gold said that the company is looking forward to closing the transaction and beginning exploration. “This fits with our stated strategy of selecting assets in Tier 1 mining jurisdictions which we believe have the potential to develop into world-class gold assets,” he said. “These are highly prospective assets which have returned promising exploration results in the past and we look forward to initiating the next phase of exploration on the key targets identified through those programs.” A definitive agreement on the deal is expected within 90 days. Historic rock grab and/or channel sample results from several veins at Etzatlan included results that ranged from: 0 to 11.18 g/t gold; 0 to 538 g/t silver; 0.013 to 7.3% lead; 0.009% to 6.19% zinc; and 0.003 to 2.5% copper. The deal follows on an option agreement the company signed in April on two gold-silver properties in Chile totalling 53.3 sq km. The junior can earn up to 90% of the Apolo and Sancarron projects in the El Indio gold belt. For more information, visit www.apollogold.com.