AUSTRALIA – Toronto-based RNC Minerals recently made a new high grade gold discovery at its Beta Hunt gold-nickel mine 600 km from […]
By Marilyn Scales September 10, 2018 At 4:40 pm 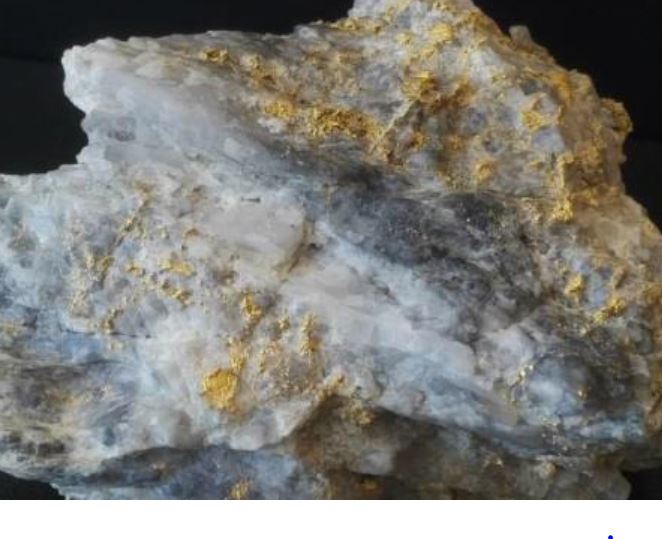 Ore sample from the Beta Hunt gold-nickel mine in Australia. (Image: RNC Minerals) Ore sample from the Beta Hunt gold-nickel mine in Australia. (Image: RNC Minerals)[/caption] AUSTRALIA – Toronto-based RNC Minerals recently made a new high grade gold discovery at its Beta Hunt gold-nickel mine 600 km from Perth. Last week the company recovered 9,250 oz. of gold from a 130 tonnes of ore from the 15 level. That is the equivalent of 70 opt or 2,200 g/t. Approximately 190 kg of specimen stones were collected from the same cut. The largest stone was 95 kg with an estimated gold content of 2,440 oz. The second largest stone weighed 63 kg and contained an estimated 1,620 oz. of gold. RNC noted that the coarse, high grade ore and specimen stones were hand picked and shipped directly to the Perth Mint. RNC says it is the first owner of the Beta Hunt mine to focus on drilling deeper in the Lunnon basalt in its search for gold, and therefore the first owner to discover and mine gold from newly discovered coarse gold located entirely within the Lunnon basalt.  Previous bonanza grade specimen stone occurrences at Beta Hunt were associated with the nickel-sulphide bearing contact between the Lunnon basalt and the overlying Kambalda komatiite where nickel mining has been focused by RNC and previous operators. The company says it is considering many alternatives – including sale of the mine – to maximize the value of Beta Hunt for its shareholders. Closer to home, RNC and its Dumont joint venture partner Waterton are proceeding with the feasibility study for that nickel property in the Abitibi mining camp in Quebec. Visit www.RNCminerals.com for additional information on either project.