GOLD: Nighthawk reports recoveries up to 96.5% for Colomac sample

NORTHWEST TERRITORIES – Toronto-based Nighthawk Gold Corp. reports that gold recoveries up to 96.5% have been achieved during preliminary metallurgical testing of […]
By Marilyn Scales April 19, 2017 At 4:22 pm 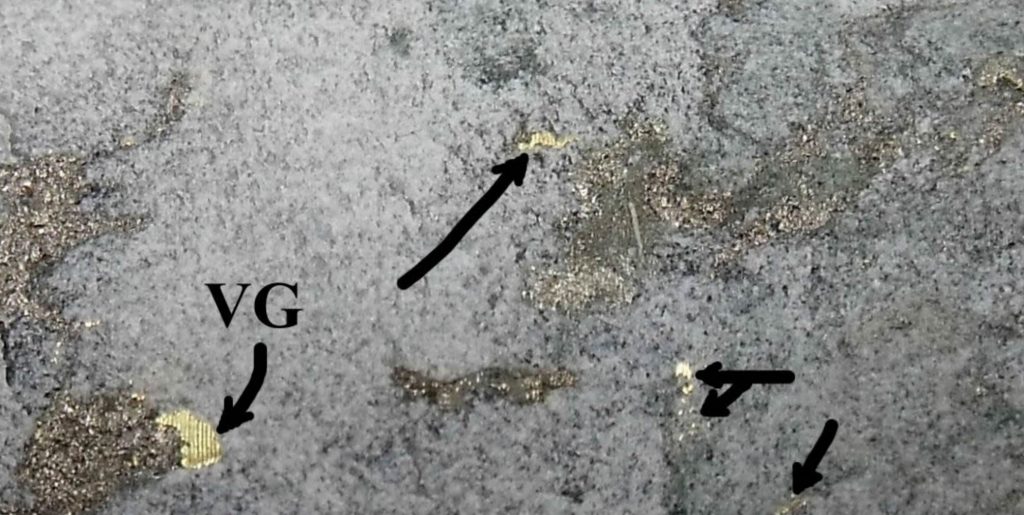 Gold in quartz from Colomac zone 1.5.

NORTHWEST TERRITORIES – Toronto-based Nighthawk Gold Corp. reports that gold recoveries up to 96.5% have been achieved during preliminary metallurgical testing of material from the Colomac project. The property is about 220 km northwest of Yellowknife, in the Indin Lake greenstone belt. [caption id="attachment_1003718106" align="alignleft" width="300"] Gold in quartz from Colomac zone 1.5.[/caption] Three drill core bulk samples totaling 119.5 km from various parts of the deposit were assayed and tested for grindability using SAG designs. A master composite was then assembled and used for additional tests. Results indicated that 96.5% of the gold in the sample was recovered and that the sample was amenable to all standard gold recovery technologies. Nighthawk says that judging from the test results the rock hardness varies little among different parts of the deposit. Favourable recoveries were obtained from heap leaching, flotation and gravity separation. The final recovery of 96.5% was achieved after cyanidation. Heap leaching may be an option for low grade material rather than discarding it. Metallurgical testing will continue, principally to confirm that the same recoveries can be reached using material with differing head grades. The Colomac mine was operated by Neptune Resources from 1990 to 1991 and again by Royal Oak Mines from 1994 to 1997. During that time it mine produced 527,908 oz. of gold from material grading 1.66 g/t gold. Details are available at www.NighthawkGold.com.