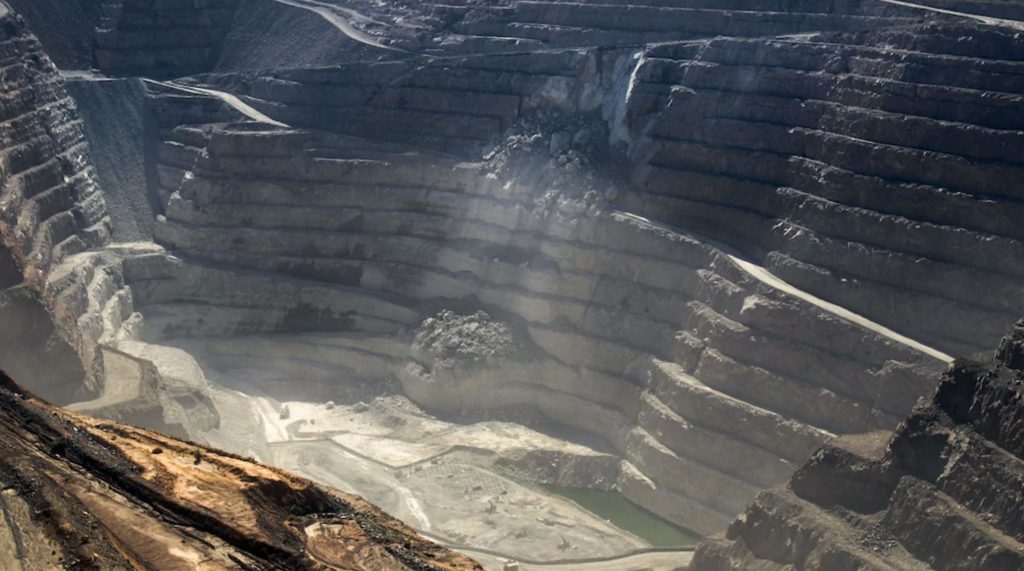 Rock fall damage has made part of the Kalgoorlie Super Pit inaccessible. (Image: Tori O’Connor)[/caption] AUSTRALIA – Two rock falls within 12 hours last May at the Kalgoorlie Super Pit 700 km east of Perth are going to put a dent in both owners 2018 gold guidance. The mine is a 50:50 joint venture of Toronto’s Barrick Gold and Denver’s Newmont Mining Corp. Kalgoorlie Consolidated Gold Mines (KCGM) is the operating company. The rock falls took out part of the haulage road, making a portion of the mine inaccessible. Now the partners will have to adjust their guidance for 2018 and 2019 as the mining rate at Kalgoorlie will be lower than  planned. The Super Pit had been producing about 800,000 oz. of gold each year. Previously, the life of the mine was to extend to 2026. As KCGM assesses the damage, that target may be adjusted. More information is at www.SuperPit.com.au.