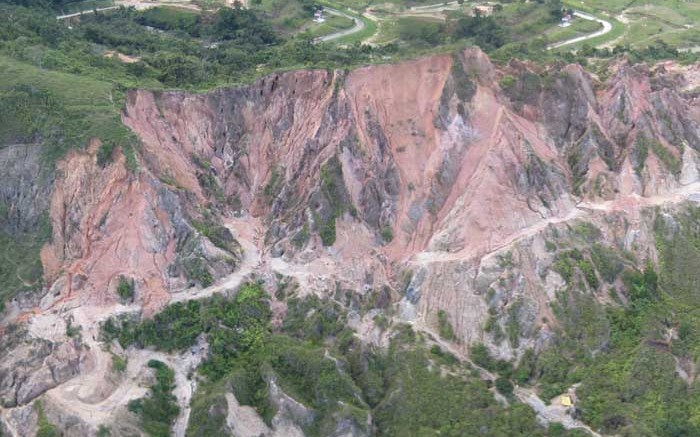 B2Gold and AngloGold Ashanti's Gramalote gold joint venture project, in Colombia. Credit: B2Gold[/caption] COLOMBIA – B2Gold has released an updated preliminary economic assessment (PEA) for the Gramalote joint venture project, 120 km northeast of Medellin. The study shows improved economics and a lower price tag compared to a previous PEA completed in 2014. The study projects a preproduction capex of US$901 million for the open-pit project, processing 11 million tonnes per year over a mine life of 13.6 years. Using a gold price of US$1,350 per oz., the after-tax net present value is estimated at US$671 million (at a 5% discount rate) and the internal rate of return at 18.1%. A previous PEA completed in 2014 projected an IRR of 11.4% and a price tag of US$1.2 billion for an open pit mine with a 14-year mine life. The project is jointly held by AngloGold Ashanti and B2Gold. Under an agreement from December, B2Gold is funding the next $13.9 million in work at Gramalote in order to increase its stake in the project from 48.3% to 50%; as of Jan. 1, B2Gold became the operator of the JV. B2Gold says a feasibility study is underway and should be completed by the end of the year. The partners have budgeted US$37 million for work this year, including 42,500 metres of infill drilling, and 7,645 metres of geotechnical drilling for site infrastructure. Other work will include an updated resource estimate, detailed mine planning, and ongoing environmental studies, metallurgical test work, engineering and economic analysis. Indicated resources at Gramalote stand at 70.1 million tonnes grading 0.92 g/t gold for 2.1 million oz. Inferred resources add 79 million tonnes grading 0.79 g/t gold for 2 million oz. For more detail about the project, visit www.b2gold.com.