For nearly 30 years, Galaxy Broadband has provided Canadian companies with enterprise satellite broadband and terrestrial wireless connectivity services. The company “is […]
By Northern Miner Staff November 25, 2021 At 11:55 am 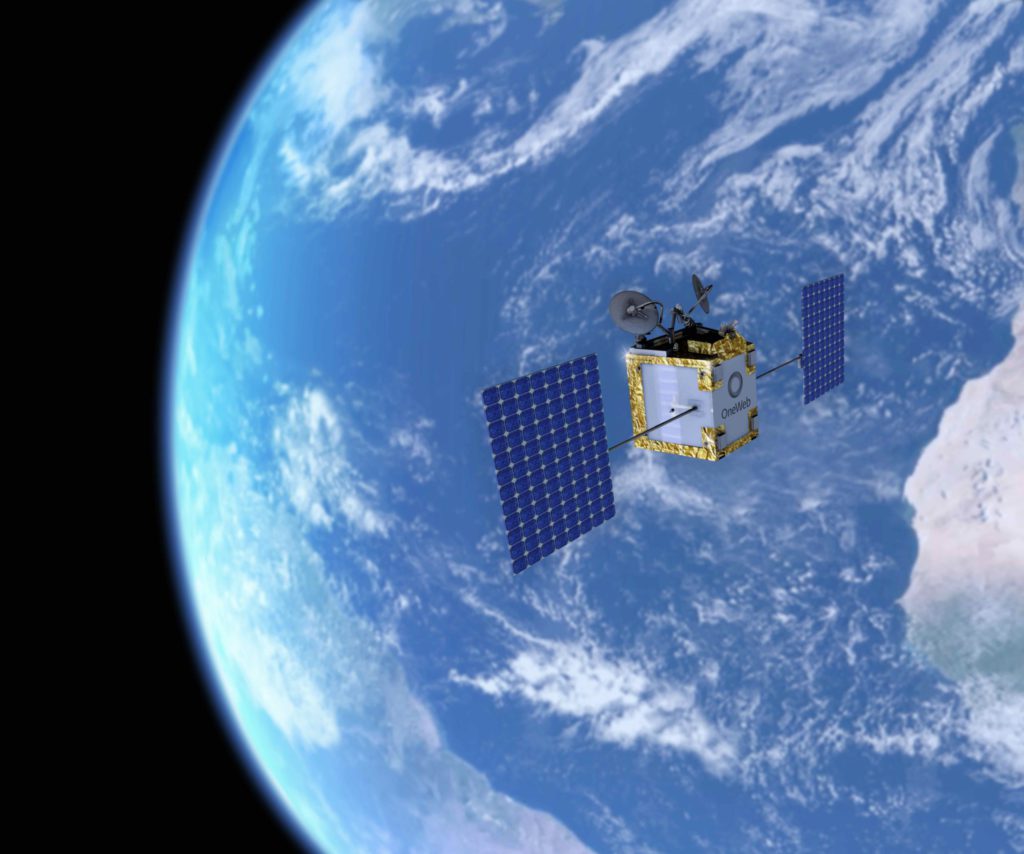 OneWeb will have a new 688 LEO satellite constellation providing transformational internet connections to mines everywhere in Canada and around the world. Credit: OneWeb

The company “is one of Canada’s largest telecommunications companies, and has positioned itself as a single source for remote communications, high-speed internet, VoIP [voice over internet protocol], and networking solutions,” says Rick Hodgkinson, Galaxy Broadband’s president and CEO.

“In today’s world, good connectivity to the internet is critical for any business,” he said. “Mining companies typically operate in remote areas where few, if any, terrestrial connectivity options exist. These operations can benefit greatly from efficiency gains delivered by new software and systems only made possible through good connectivity.”

Hodgkinson added that Galaxy Broadband has been working with the Canadian mining industry for over ten years, providing “reliable, affordable, and innovative enterprise communications to remote locations where no fibre optic or microwave coverage exists.”

For example, it has worked with Karora Resources (TSX: KRR; US-OTC: KRRGF), then called Royal Nickel Corp., deploying its Smart Site solution to provide a more reliable satellite link and improved bandwidth control for Karora’s remote mining camp at Salluit in northern Quebec, as well as a VoIP service connecting the company’s offices in Ontario and Quebec. It has also installed its SCOUT technology — a satellite dish with a VoIP phone router and wireless access point — at Agnico Eagle Mines’ (TSX: AEM; NYSE: AEM) Amaruq project in Nunavut.

Galaxy Broadband recently partnered with OneWeb, a U.K.-headquartered global communications network powered by a constellation of 688 low Earth orbit (LEO) satellites, to provide the next generation of telecommunications technology for mining companies. The system is scheduled for launch by the end of the year and will be accessible to miners with operations in Canada’s far north, and then globally in 2022.

According to Hodgkinson, the OneWeb system will help to address the high latency in data transfer, one of the biggest challenges facing mining companies when running software over current satellite links. “Whereas traditional satellites orbit at around 37,000 kilometres, OneWeb LEO satellites orbit at altitudes as low as 1,200 km, which provides a much lower level of latency when transmitting data.”

The OneWeb system “will be a transformational service, made possible by recent advances in technology,” he added, “with latencies of less than 70 milliseconds and high-speed downloads of up to 150 megabits per second.” This would allow remote mining operations with limited connectivity to operate with software and applications currently only available to operations with good connectivity.

“The system will open the door to enhanced enterprise resource planning, which touches all aspects of the mine such as procurement, health and safety, and accounting, as well as increased automation at the mine site, with faster connectivity allowing for more operations to be undertaken remotely, reducing the costs of moving staff back and forth between remote locations,” Hodgkinson said.

The improved connectivity will also allow mining companies to deploy video applications that would help them meet their environmental, social, and governance (ESG) objectives, he noted.

"With the increasing focus on ESG, the ability to share live video feeds with investors from a remote mine is a pretty powerful tool to demonstrate a company’s ESG credentials,” he said. “We’ve also had discussions with companies around sharing their internet access with local communities, which is becoming an increasingly valuable commodity for these communities.”

Hodgkinson noted that the partnership with OneWeb allows Galaxy Broadband “to provide even better support for mining companies, including increased security for their employees and assets, improved data protection, and along with our Smart Site solution, private wireless networks that will enable the Internet of Things applications and enhanced connectivity across mine sites.”