Lundin Gold (TSX: LUG) announced the completion of the South ventilation raise (SVR) at its Fruta del Norte gold mine in southeast […]
By Marilyn Scales October 25, 2022 At 1:52 pm 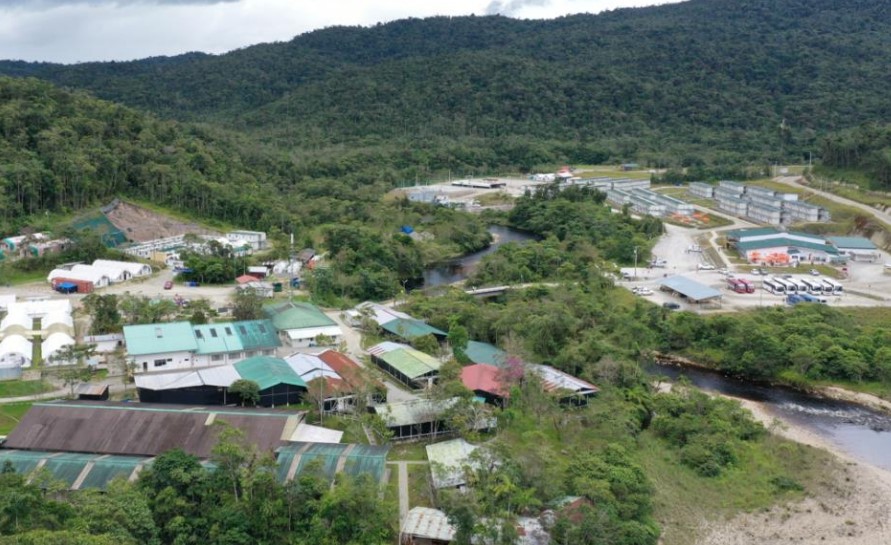 Lundin Gold (TSX: LUG) announced the completion of the South ventilation raise (SVR) at its Fruta del Norte gold mine in southeast Ecuador. It is now complete and operational.

Fruta del Norte is the first large-scale modern gold mine in the country. The deposit is 150 km by paved road from Loja, the fourth largest city in Ecuador. The mine produces approximately 340,000 oz. of gold annually at an all-in sustaining cost between US$860 and US$930 per oz. in 2022.

The South vent raise has been under construction for the past three years. Delays were encountered due to the Covid pandemic and technical challenges. In mid-2021, Lundin revised the work plan to a 2.1-metre pilot raise followed by top-down slashing to 5.1 metres, rather than the 5.1-metre raise bore as originally planned. A concrete liner was also added.

Slashing was complete and the fans commissioned earlier this month. Ventilation at the mine has increased to 350 m3/s from 180 m3/s. The increase allows mining to proceed on all levels and has improved efficiency.

“The SVR project has had its challenges, but the team has worked tirelessly to ensure that the delays did not impact operations,” said Lundin Gold president and CEO Ron Hochstein. “With the SVR now complete and commissioned, the entirety of the Fruta del Norte deposit can be accessed and mined, and haul truck cycle times can be improved."

The Fruta del Norte deposit was discovered in 2006 by Aurelian Resources and sold to Kinross Gold (TSX: K) in 2008. After taking the project through the prefeasibility stage, Kinross sold it and its other properties in Ecuador to Lundin Gold in 2014 for US$249 million.

The mine reached commercial production in February after Lundin invested US$692 million in preproduction capital.