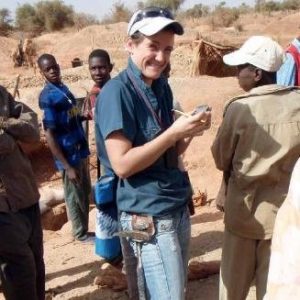 Carmen Amezquita has been named CFO of Amerigo Resources.

James Tuer is now the president, CEO and a director of Fjordland Exploration, replacing Richard Atkinson who is now chairman of the board.

Josephat Zvaipa, Galiano Gold’s COO, has passed away due to complications associated with the COVID-19 virus. The Asanko gold mine JV will to be managed by Fred Attakumah, executive VP and managing director of Asanko Gold Ghana.

Jose Tomas Letelier has retired from his role as director of corporate affairs and sustainability with Los Andes Copper. Ignacio Melero will be joining Los Andes to fill the vacancy.

Michael Lavigneis now president and a director of Magellan Gold; Gregory Schifrin has also joined the board.

As of Sept. 1, Paolo Toscano will be joining Marathon Gold as VP of projects.

Robert Doyle has been appointed CFO and corporate secretary of Medallion Resources.

Meryllion Resources has announced changes to its management and board: Ben Gelfand has resigned as a director and as CEO; Frank Kordy has resigned as a director and as interim CFO and corporate secretary; Jeremy Edelman and David Steinepreis have been appointed as replacement directors, and Guy Charette has been named an additional director. Edelman has also been named the company’s CEO while Steinepreis has been appointed CFO; Michael Kozub is now corporate secretary.

Minera Alamos has hired Chris Sharpe to serve as the company’s VP of project development; Sharpe will start on Sept. 1. The company has promoted Federico Alvarez to the COO role.

Jonas Lauren Norr is now on the board of Crest Resources.

Alex Klenman has joined Cross River Ventures as a director.

Blair Wallace has been appointed to the board of Eco Oro Minerals, and will serve as co-executive chairperson, together with Courtenay Wolfe, the current co-executive chair. This appointment follows Rebecca Berrebi’s resignation from the board.

Benoit Brunet has joined the board of Falco Resources.

David Watkinson is now on the board of Oakley Ventures.