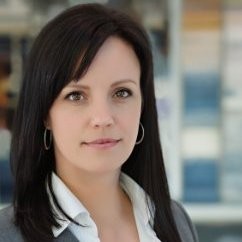 Paul Anderson has been appointed CEO of Abacus Mining & Exploration.

Liz Monger has been named VP of investor relations with KORE Mining.

Midas Gold has announced a name change to Perpetua Resources and named Jessica Largent VP of investor relations and finance. The company has also promoted Tanya Nelson to VP of human resources and corporate secretary.

Radisson Mining has made a number of changes to its board and management teams. Michael Gentile, previously a strategic advisor, has been appointed a director of the company. Mario Bouchard has retired as CEO but will remain a director. President Rahul Paul has also taken on the interim CEO role. Geologist Donald Trudel has been appointed senior project geologist for the O’Brien gold project.

Brad Lazich has been named VP of exploration with Ready Set Gold.

Kevin Stashin has joined the board of E3 Metals.

With closing of the Teranga Gold acquisition, Endeavour Mining has announced board changes. Hélène Cartier has retired from Endeavour’s board; William Biggar, Frank Wheatley and David Mimran, all nominees of Teranga, have joined Endeavour’s board.

Paul Carrêlo has been named to the board of Gold79 Mines with Derek Macpherson stepping down as a director.

Robert Baldock has retired from the chair role with Monument Mining; Graham Dickson is now the chair and Jean-Edgar de Trentinian has joined the board.

Paul van Eeden has resigned as a director and chair of Orogen Royalties.

Bob Baxter, a director of Pan Global Resources, has passed away.

Neil Herbert is now a director of Pasofino Gold.

Alex Heath has joined the board of Southern Empire Resources.

Ken Konkin has joined the board of Tudor Gold. Konkin is VP of exploration and project development for the company.