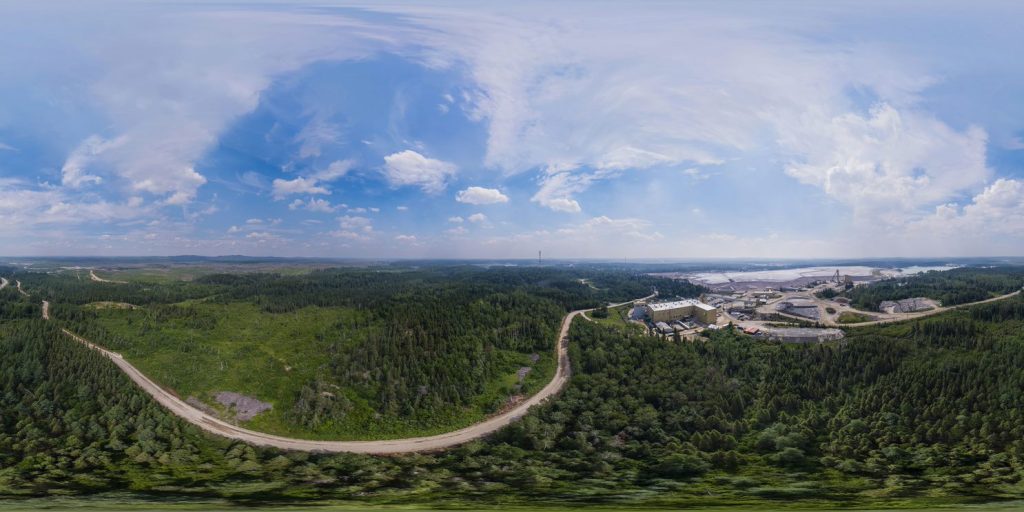 Kirkland Lake Gold's Macassa mine in Ontario. Underground gold mines emit less carbon than open pit mines. Credit: Kirkland Lake Gold[/caption] Gold mines emitted on average 0.8 tonnes of CO2 equivalent for every ounce of gold that was produced in 2019, according to a report from S&P Global. Strong price performance has led to a large number of new gold mines opening and, with this, also concerns of mining’s impact on climate change. Another recent report from Wood Mackenzie found that emissions from metals production will need to halve over the next 20 years in order to achieve the Paris Agreement decarbonization goals. According to S&P, underground gold mines – which operate at higher grades and process less material – generally have lower greenhouse gas footprints than their larger open pit counterparts. “Open pit mines emit on average around twice as much CO2e per ounce of gold produced as underground mines, at 0.85 tCO2e and 0.40 tCO2e, respectively. Open pit mines also process roughly five times the amount of ore at an average grade of around 1.05 g/t gold for the population evaluated, versus 3.25 g/t Au for underground mines,” says S&P.

While the larger gold mines do have the capacity to generate a greater amount of free cash, that large production base comes with higher emissions. “Underground mines have an even clearer advantage on a free cash flow basis than was evident on a per-ounce of gold produced basis, generating as much as US$2,112/tCO2e emitted, compared to just US$951/tCO2e from open pit mines. While underground mines do generate more free cash flow than open pits — around US$422/oz versus US$375/oz — the scale is far greater on a greenhouse gas emissions level given the comparative lower emissions of underground mines.” Regional variation Though most mines typically emit less than 70 tCO2e per thousand tonnes of ore processed each year, regional variations do exist. Australian gold mines have a comparatively high greenhouse gas intensity — emitting more greenhouse gas per kilotonne of ore processed — roughly on par with Russian gold mines. Canadian mines have among the lowest greenhouse gas intensities, in part due to the large proportion of higher-grade underground mines. Another significant factor is the source of power across the country, with as much as two-thirds of the country’s electricity is derived from renewable sources and 82% from non-greenhouse gas emitting sources. According to S&P, on a cash flow basis, Russian mines generate substantially more free cash flow per ounce of gold produced as a result of low ruble valuation and low fuel cost, averaging US$991/oz, just ahead of the U.S. at US$989/oz. “As we evaluate how free cash generation compares to a mine’s emissions, Canada and Eastern and Central Africa are considerably ahead, with the former home to a greater number of mines. Largely thanks to a smaller emissions footprint, Canadian mines generate on average US$2,609/tCO2e emitted. The high emissions of Russian mines lower that jurisdiction’s ratio to $1,210/tCO2e.” This story originally appeared on www.Mining.com.