Nighthawk Gold has released assay results for four drillholes completed at zones 2 and 2.5 of the Colomac Main Sill within its […]
By Canadian Mining Journal Staff December 21, 2020 At 12:45 pm 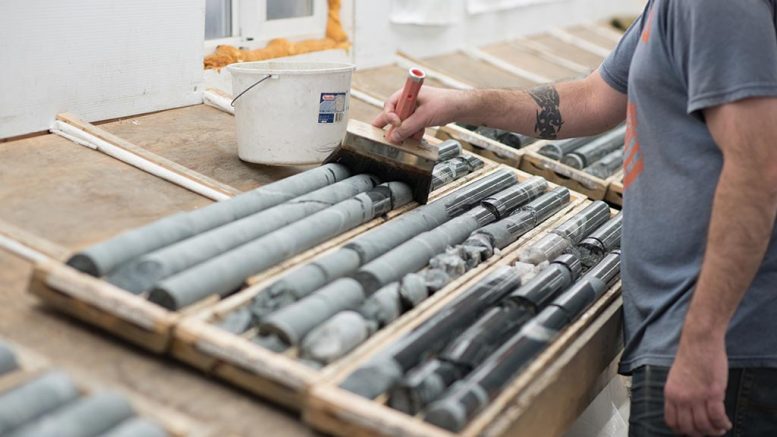 Nighthawk Gold has released assay results for four drillholes completed at zones 2 and 2.5 of the Colomac Main Sill within its Indin Lake gold property in the Northwest Territories, 200 km north of Yellowknife. This drilling tested the Main Sill below existing resources and, according to Michael Byron, Nighthawk’s president and CEO, continued to demonstrate the “well-mineralized nature and consistent widening of the deposit to depth” within zone 2 and extended continuous mineralization to depth in zone 2.5.

“Drilling success to date has further strengthened resource expansion opportunities by confirming the presence of broad and extensive zones of mineralization that increase in true width to depth where it remains open in most dimensions,” Byron said in a release.

Nighthawk has completed a total of 29 drillholes at Colomac this year, and released assay results for 17. Results are also pending for 15 holes completed at the Treasure Island gold project, 11 km north-northwest of Colomac.

The two holes completed at zone 2 were collared within the northern portion of this zone, targeting areas beneath a historic pit, 40 metres south of a previously drilled section. The two holes drilled in zone 2.5 targeted new areas at depth below current resources in zone 2.5.

Colomac is within the central part of Indin Lake and includes five gold deposits. One of these produced 527,908 gold oz. between 1990 and 1997 from three shallow open pits.