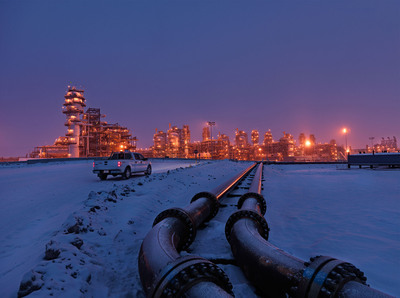 ALBERTA - Imperial Oil, operator and 71% owner, says start-up is underway at the first phase of the Kearl oil sands project. ExxonMobil Canada owns the remaining 29% of the project 75 km northeast of Fort McMurray.

Production of mined diluted bitumen from the first of three froth treatment trains has begun. Start-up of two additional froth trains will proceed in sequence as planned, bringing production from the initial development to an expected 110,000 bbl/day later in 2013.

Diluted bitumen produced from Kearl will have about the same life cycle greenhouse gas emissions as many other crude oils refined in the United States as a result of technologies which significantly enhance environmental performance. Energy needs have been reduced by using a proprietary froth treatment process that eliminates the need to build an upgrader and through installation of energy saving co-generation capabilities.

"Our goal with Kearl is to approach development differently to better address environmental challenges and more closely meet the expectations of stakeholders in developing a critical resource," Imperial Oil chairman and CEO Rich Kruger said. "I believe we have achieved this."

An expansion phase at Kearl will add another 110,000 bbl/day by late 2015 and future debottlenecking will increase output to reach the regulatory capacity of 345,000 barrels per bbl/day by about 2020. The Kearl project is expected to recover approximately 4.6 billion barrels of bitumen over an estimated project life of more than 40 years.

Construction of the initial phase entailed 45 million person hours of work and employed a peak workforce of more than 5,000 people. Of the project's total cost, more than $1 billion was directed to local suppliers and contractors in the Wood Buffalo region.

Click here to take a video tour of the Kearl oil sands project.