The recent discovery of an ultra-high grade structure positions Trixie as one of the highest grade gold mines in the world, Osisko says.
By MINING.COM Staff January 25, 2022 At 12:47 pm 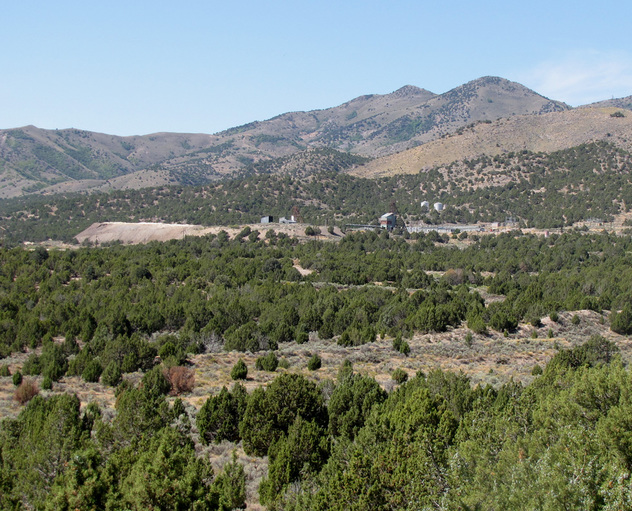 Osisko Development (TSXV: ODV) announced on Tuesday that it plans to acquire 100% of Tintic Consolidated Metals LLC, which owns the producing Trixie gold mine as well as mineral claims covering more than 6,880 hectares17,000 acres in the historic Tintic mining district of central Utah.

Tintic is a joint venture owned 75% by IG Tintic and 25% by Chief Consolidated Mining. Pursuant to definitive agreements signed with both JV partners, Osisko will acquire Tintic for aggregate payments totalling US$177 million, of which approximately US$54 million will be paid in cash.

“The proposed acquisition of Tintic further accelerates Osisko Development on its path towards becoming a mid-tier gold miner and represents a unique opportunity to significantly enhance our portfolio of operations by adding a high-grade producing asset in a world-class jurisdiction," Sean Roosen, chair and chief executive officer of Osisko, commented in a news release.

According to Osisko, the recent discovery of an ultra-high grade structure (T2) positions Trixie as one of the highest grade gold mines in the world. Last year, mining at Trixie produced 14,709 oz. at an average head grade of 59 g/t gold.

Ongoing exploration work has demonstrated "significant potential for expansion and further discovery" both at Trixie and over the broader land package, the company added.

“We have been looking at the Tintic district for over 10 years as a copper-gold porphyry target, and with the discovery of the high grade T2 gold structure, we were given the opportunity by the Tintic partners to visit and carry out due diligence ahead of other competitors, ultimately culminating in the acquisition of this fantastic growth opportunity in one of the top mining jurisdictions in the world,” Chris Lodder, president of Osisko, said.

Osisko's near-term plan is to continue underground mining and exploration development while maintaining present production at Trixie. This would also complement the development plans for its Cariboo and San Antonio projects, located in B.C. and Mexico respectively.

A total of 15,000 metres of surface and underground drilling is proposed to generate an initial resource by the end of 2022 and concurrently complete advanced technical studies on the project.