The French Supreme Court, the Cour de Cassation, overturned a decision by the Paris Court of Appeal which had annulled part of the damages portion of the arbitral award granted to Rusoro Mining (TSX-V: RML) in its decade-long dispute with Venezuela.

Back in 2016, the International Center for the Settlement of Investment Disputes granted the Canadian miner a $966.5-million award, following the expropriation of its 95%-owned Choco 10 mine and 50%-owned Isidora mine by Venezuela’s former ruler Hugo Chávez.

According to the World Bank tribunal, the South American country had breached its obligations under the Canada-Venezuela Bilateral Investment Treaty.

Rusoro operated the Choco 10 mine (pictured here) and owned a 50% interest in the Isidora gold mine, both seized in 2011. (Image courtesy of Rusoro Mining.) 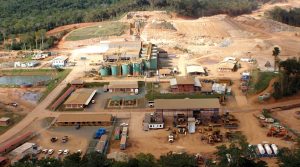