Satori Resources (TSXV: BUD) drilled the second highest grade in Tartan Lake history as it wrapped up phase one drilling at its […]
By Canadian Mining Journal Staff December 6, 2021 At 12:38 pm 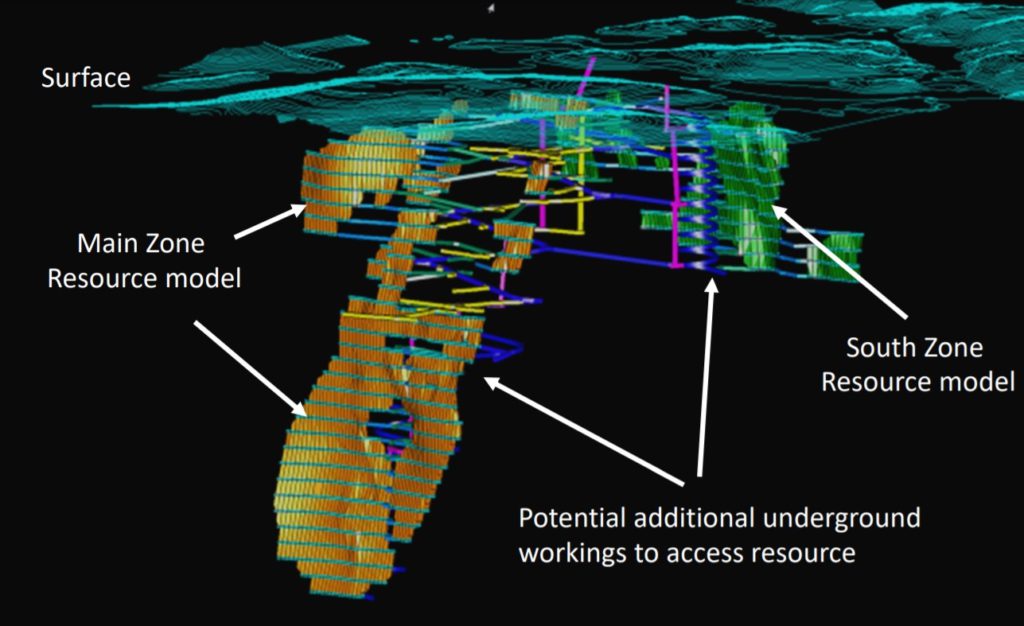 Existing development at the Tartan Lake gold mine in Manitoba. Credit: Satori Resources.

Satori Resources (TSXV: BUD) drilled the second highest grade in Tartan Lake history as it wrapped up phase one drilling at its 100%-owned property 12 km northeast of Flin Flon, Man. Hole TLMZ21-12 intersected 5.8 metres averaging 47.56 g/t gold in the HW zone within a broader interval of 12.6 metres at 23.76 g/t gold. It also intersected 1.6 metres at 7.25 g/t gold in the Main zone.

Satori says the discovery indicates the presence of a new zone of mineralization, sub-parallel to the Main zone. Both holes 11 and 12 targeted the down plunge continuation of the Main zone about 100 metres west of hole TMLZ21-01 and 75 and 150 metres below the historic hole that defined the limited of the resources.

The Tartan Lake property has a strong east-west striking shear zone that can be traced for over 10 km across the entire claim group. The shear zone defines the contact between the footwall intrusive rocks to the south and the hanging wall rock of the Flin Flon assemblage to the north. The shear zone varies between 30 and 50 metres in width with multiple quartz carbonate veins within it.