The View from England: Old assumptions are breached by new technology

Protect your assets against current threats but remember that nothing lasts forever. It is a lesson that mining executives and metals investors […]
By June 8, 2021 At 3:35 pm 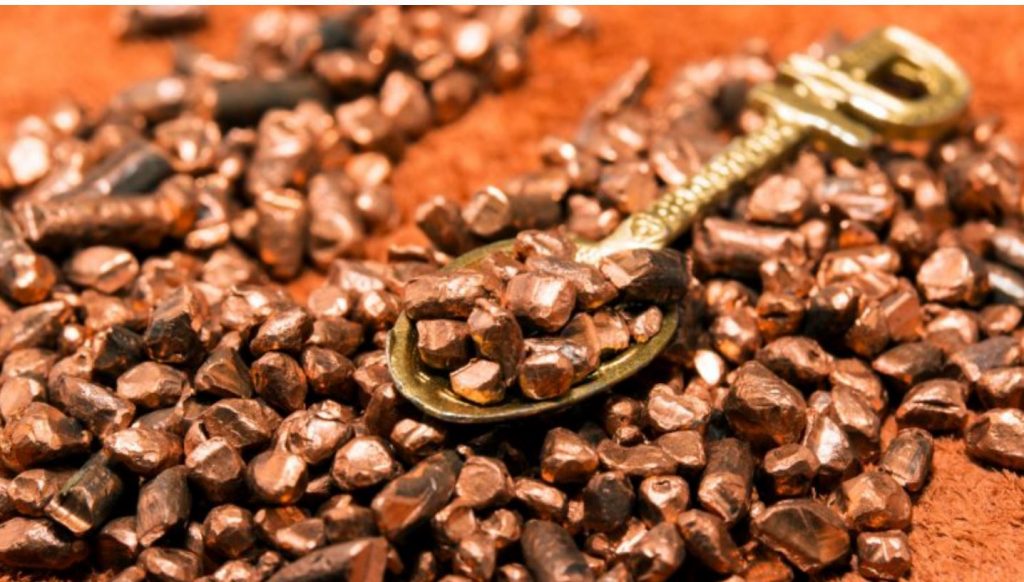 Protect your assets against current threats but remember that nothing lasts forever. It is a lesson that mining executives and metals investors should know, and was learnt long ago by the builders of medieval castles. New technology is driving resurgent demand for one of the world's oldest metals, but while copper is benefiting from human progress, innovation has been the death knell for other metals, as it was for stone fortresses 600 years ago.

Europeans have had a longer relationship with copper than with any other metal, and the oldest known copper implements date to 7,500 years ago in Serbia. From 2200 BC, metalworkers added tin and lead to copper to make bronze tools, weapons and ornaments.

In the Roman era, copper was mined principally in Cyprus, which gives us the origin of the metal's name, from aes сyprium (metal of Cyprus). This was corrupted (in Latin) to сuprum, and then to coper (in old English) and finally copper (the latter spelling being first used around 1530).

Change, whether sudden or slow, has always had a significant impact on metals demand. We saw that in the demise of tin and lead in the 20th century, and are seeing it for coal in the 21st century. In contrast, battery metals, not least copper, are major beneficiaries of our new love affair with electric vehicles.

Castles are a very visual reminder of the impact that new technology can have. Europe was a violent place in the late Middle Ages, and many thousands of fortifications were built as a result. Nowhere were they constructed so enthusiastically as in Wales, where some 600 castles were built — 427 sites are still listed on the government's tourism website (equivalent to a castle every 50 km2).

These castles were the epitome of strength and power for over 300 years, and then suddenly they weren't.

The main castle-building period in Great Britain started with the Battle of Hastings in 1066 (110 years after the oldest castle was begun in France). William the Conqueror gave land to the noblemen who had supported him, and they quickly built castles (mainly of earth and timber) to help him rule. Gradually, from the late 11th and through the 12th century, many of these castles were rebuilt in stone. (Some Welsh castles were built in stone from the beginning, and the oldest is Chepstow Castle, where construction started in 1067).

In the 13th century, castles were made stronger by building thicker and higher curtain walls, and towers, gatehouses and moats were added. In 1276-77 and 1282-83, King Edward I led two military campaigns to bring Wales under English rule, and many castles were built or repaired in the country over a 20-year period.

By the end of the 14th century, however, the military need for castles had lessened. With the invention of cannon (a weapon first used in anger by the English in 1327), castles became less secure, and battles were frequently fought on open ground. Nevertheless, the military use for castles was not completely over, and the Civil War of 1642-51 saw the building of cannon platforms and the strengthening of castle walls to withstand gunfire.

Wales arguably leads the world with its castles, and this small country also has a proud history with regards to copper. Welsh copper was being mined 4,000 years ago at Parys Mountain on the island of Anglesey, at Great Orme in nearby Llandudno (this is the world's largest prehistoric mine discovered to-date) and at Copa Hill near Aberystwyth.

In the 1760s, north Wales was the cauldron of the industrial revolution in Britain. Indeed, Parys Mountain briefly produced more copper than any other mine in the world, and metal from the operation coated the hulls of the Royal Navy at Trafalgar in 1805.

Two centuries later, copper has an important new usage, although last year it was overshadowed by the performance of gold. Copper (element 29) and gold (element 79) are both in group 11 of the periodic table, and are characterised by high ductility, and exceptional electrical and thermal conductivity. They are very different metals, however, with demand for the former being driven by wealth creation (industrial production) and the latter being driven by a perceived safe storage of that wealth.

In this column eight months ago, I noted that the soaring gold price in 2019 and most of 2020 had seen the precious metal's price multiple over copper achieve a level of almost 11,000. Both metals remain in bull markets but, thanks to the burgeoning battery market, copper has outperformed gold over the past year, and the gold-copper multiple is back below 6,200. This represents the typical relationship between the two metals for much of the 1990s before gold's rapid price appreciation since the turn of the century.

Price cycles, and predictions, for the precious metal are widely discussed, but the red metal is no stranger to cycles. Measured in real (inflation-adjusted) dollars, copper enjoyed a 40-year bull market (1933-73) after the Great Depression, followed by a 30-year bear market (1974-2004) triggered by the oil-price hikes of the early 1970s.

We are now 17 years into a new bull cycle for copper. Although prices have recently slipped back below US$10,000 per tonne they are still at twice the level of a year ago. I doubt the boom is over, and surely copper still has room for improvement relative to gold. It is just a shame that, in Wales, exploration for copper is so much harder than for castles.

— Dr. Chris Hinde is a mining engineer and the director of Pick and Pen Ltd., a U.K.-based consulting firm he set up in 2018 specializing in mining industry trends. He previously worked for S&P Global Market Intelligence’s Metals and Mining division.