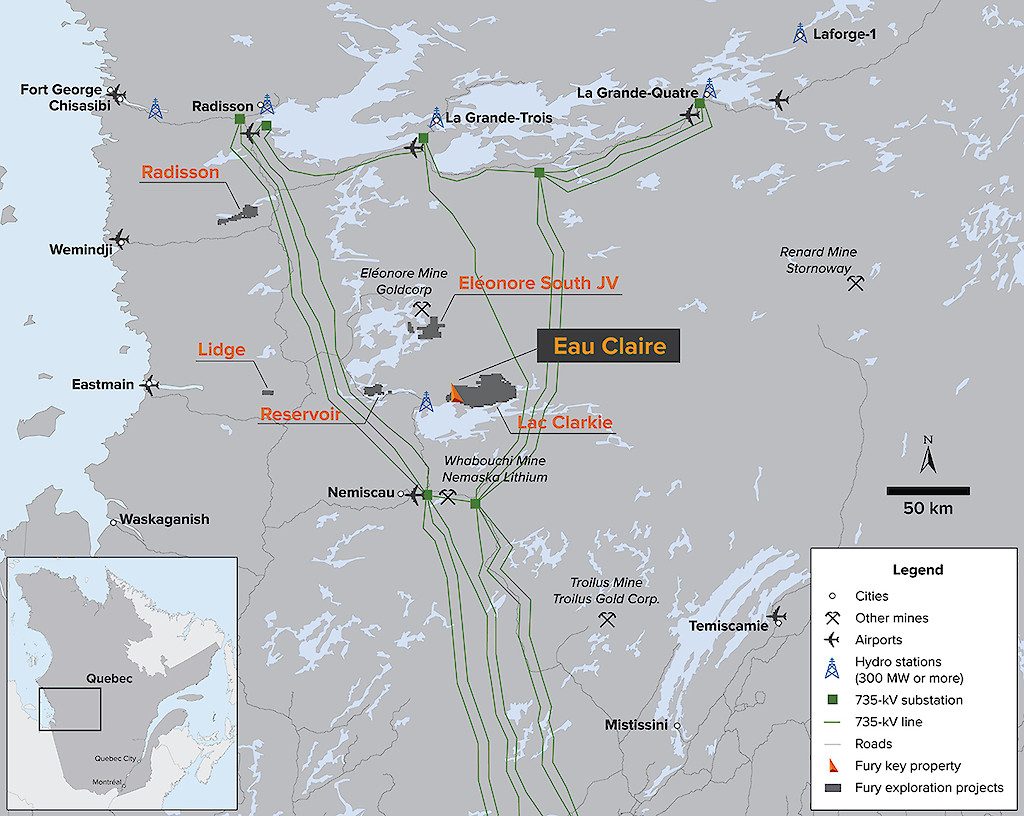 Newly formed Fury Gold Mines has received approval to begin the first 13,000 metres of a planned 50,000-metre drill program at its Eau Claire gold project in the James Bay region of Quebec.

The drill permit received is for the first half of a planned 25,000-metre infill drilling program aimed at upgrading resources in the southeastern portion of the deposit and adding ounces between currently defined resource blocks. Fury plans to begin the program in November.

The Canadian-focused gold junior was formed through the merger of Auryn Resources and Eastmain Resources, which closed earlier this month. Fury Gold began trading on Oct. 13 on the TSX and on Oct. 12 on the NYSE American exchange. (Before the merger, Auryn spun out its Peruvian projects into Sombrero Resources and Tier One Metals).

In addition to infill drilling, Fury plans 25,000 metres of exploration drilling that will focus on expanding known deposits and developing brownfield targets along a newly identified 7-km trend at Eau Claire. Stepout drilling and brownfield targets will be informed by gradient array induced-polarization (IP) data that has already shown a structural relationship between primary and secondary shear zones at Eau Claire.

“Based on our technical team’s initial assessment of the available data sets and newly acquired IP data, we believe that there is significant potential to both meaningfully expand the Eau Claire deposit and discover additional mineralization along the seven-kilometre deposit trend,” said Fury’s senior vice-president of exploration, Michael Henrichsen, in a release. “Our team is in the process of daylighting numerous targets that have signatures that are consistent with the deposit and we look forward to drilling them in our 50,000-metre program.”

A 2018 preliminary economic assessment outlined a 12-year mine life for an open pit and underground project averaging 86,100 oz. gold in its first 10 years.

Fury also holds the Homestake Ridge project in B.C.; the Committee Bay and Gibson MacQuoid projects in Nunavut; and a 36.7% interest in the Eleonore South joint-venture project in Quebec.