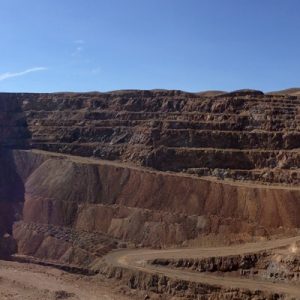 NEVADA – Silver One has released an updated resource estimate for the heap leach pads at the Candelaria project in Nevada, 209 km southeast of Reno.

Indicated resources stand at 22.2 million tonnes, grading 42.1 g/t silver (based on fire assay grades), and contain 30 million oz. of silver with an additional 11.5 million inferred tonnes, at 41.8 g/t silver, for a further 15.4 million silver oz. This material is based on a 0.01 g/t silver fire assay cut-off grade, which assumes that all of the heap leach material would be mined; the heap leach pads also contain soluble gold.

“This updated resource on the two historic leach pads is based upon results from a sonic drill program and metallurgical studies completed by Silver One as well as historic drill hole information from previous operators,” Greg Crowe, the company’s president and CEO, said in a release.

Crowe added that the latest resource grades and contained metal quantities appear to correlate well with the historic resource numbers for the heap leach pads; additional metallurgical testing is also planned to optimize downstream metal recoveries. Drilling will also be starting in the second half of the year to test for extensions of the in-situ mineralization down-dip and along strike of past-producing pits at the 54.4-sq.-km site.

“Silver One continues to develop this important project with the aim of potentially rehabilitating this past producing silver mine,” Crowe added.

As part of the resource estimation work, the company developed a conceptual crushing and leaching scenario – the current resource assumes soluble silver grades of 15.6 g/t and 23.3 g/t for the indicated and inferred portions, respectively.

In addition to the heap leach resource, the site hosts historic resources within the Mount Diablo and Northern Belle pits.

The Candelaria site generated high-grade silver mineralization from the 19th century. Kinross Gold mined the Northern Belle open pit at the site until 1997 and processed the heap leach material till 1999, before transferring the property over to Silver Standard (SSR Mining) in 2002.

In 2016, Silver One entered into an option agreement with SSR Mining to acquire a 100% interest in Candelaria; to do so, it will need to issue US$100,000 worth of its units (consisting of one share and half of a warrant) to each of SSR Mining and Maverix Metals. It will also need to pay Maverix US$1 million (in cash and shares) one year after the start of commercial production at a rate of 2.5 million oz. of silver annually.