On the heels of a recent A$30.4-million financing and resource update, Australian junior Auteco Minerals has increased its drill program at First […]
By Alisha Hiyate September 3, 2020 At 5:03 pm 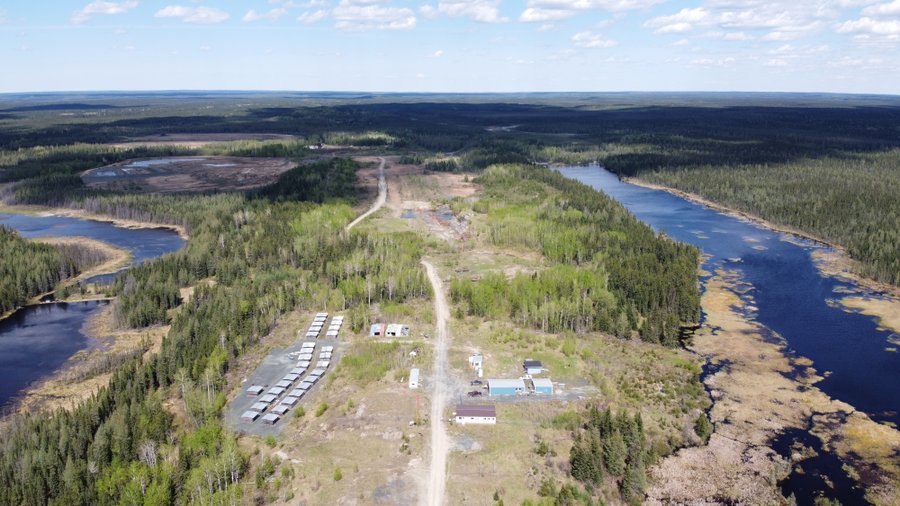 The Pickle Crow gold project, in northwestern Ontario. Credit: Auteco Minerals[/caption] On the heels of a recent A$30.4-million financing and resource update, Australian junior Auteco Minerals has increased its drill program at First Mining Gold's Pickle Crow gold project, in northwestern Ontario, to 45,000 metres from 10,000 metres. Auteco released an updated resource for the deposit on Sept. 1 that increased total ounces by 20% from an initial resource released in June. The updated JORC-compliant resource at Pickle Crow contains 2.8 million inferred tonnes grading 11.3 g/t gold for 1 million oz. at a cutoff grade of 3.5 g/t gold. In a deal signed in January, Auteco can earn up to 80% of the past-producing gold project, 400 km north of Thunder Bay, in return for spending $10 million on exploration over five years, issuing cash payments totalling $4.1 million, and issuing 125 million shares to First Mining. Auteco began drilling at the project in May, before adding a second rig in July; a third rig will be deployed in late September. Auteco has completed 19 holes so far totalling 4,464 metres. “To have established and grown a JORC resource of this size in this short time speaks volumes about the quality of the mineralized system,” said Auteco's executive chairman Ray Shorrocks in a release. “And given the strength of the latest results, we have every reason to expect to achieve further growth in the inventory in time for our next planned resource upgrade in the first half of 2021. Exploration efforts are focused on the Core Trend, which hosts the current resource and historical workings and infrastructure. Auteco notes that drilling has also intersected high-grade extensions in several areas up to 250 metres away from the existing resource, pointing to expansion potential. Shorrocks said the company's early success supports its approach to challenging the geological assumptions that prevailed at the mine historically when evaluating data and geological techniques. “Our confidence is increased by the reconnaissance drilling within the Core Mine Trend, which has resulted in what looks like multiple new, near-surface, high-grade early stage discoveries within a few hundred metres of current mine infrastructure. These exciting new discoveries have abundant visible gold and have returned assays up to 137.3 g/t gold.” Some of the drill results incorporated into the updated resource estimate include: 10.7 metres of 50.9 g/t gold from 5.5 metres depth; 1.5 metres of 444.4 g/t gold from 22.7 metres (including a 0.5-metre section grading 1,325.7 g/t gold) and 9.9 metres of 12.9 g/t gold starting at 66.2 metres. A 24-person, all-season camp has been established onsite to support Auteco's exploration program. Pickle Crow produced nearly 1.5 million oz. of gold at grades of 16.14 g/t gold between 1935 and 1966. It is classified as a shear-hosted mesothermal Archean lode gold deposit. For more information, visit firstmininggold.com or autecominerals.com.au.