OTTAWA – Yesterday was federal budget day in Canada, and the ruling Liberals brought down their second such undertaking since they were […]
By Marilyn Scales March 23, 2017 At 4:28 pm 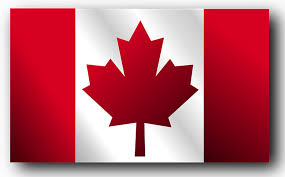 OTTAWA – Yesterday was federal budget day in Canada, and the ruling Liberals brought down their second such undertaking since they were elected in October 2015. Whatever the implications for individuals, both the Mining Association of Canada and the Prospectors and Developers Association of Canada have found reasons to support it. Both organizations look favourably on two initiatives announced ahead of the budget. One is the extension of the Mineral Exploration Tax Credit (METC) until March 31, 2018, and the maintenance of the flow-through share system. The other concerns the creation of a Canada Infrastructure Bank that will oversee the investment of at least $35 billion over the next 11 years some of it in remote, northern and indigenous communities. There is, however, urgency surrounding infrastructure improvement and support for innovation, says MAC: “This is especially important given that Canada has experienced nine consecutive quarters of declining business investment and is facing competitiveness challenges from global developments.” “More details are needed to determine whether [these measures] will be successful in fostering sustainable mining growth and enabling Canada to compete against other nations for much-needed investments,” said MAC president and CEO Pierre Gratton. The federal government has promised $1 billion in spending to boost innovation over four years for industries, including mining, and it will create a new five-year Strategic Innovation Fund. The budget also offers continuing support – as much as $50 million – to the Aboriginal Skills and Employment Training Strategy. MAC also welcomed plans to create a new National Trade Corridors Fund to address congestion in supply chains and the transport sector. As well there is $50 million set aside to establish a Canadian Centre on Transportation Data. According to statistics supplied by the PDAC, the mineral exploration and mining industry contributes around $56 billion in gross domestic product annually, and directly employs more than 373,000 workers (plus a further 190,000 indirectly), and is the largest private sector employer of aboriginal people in Canada. Click here to learn more about the federal government’s spending plans for the near future.