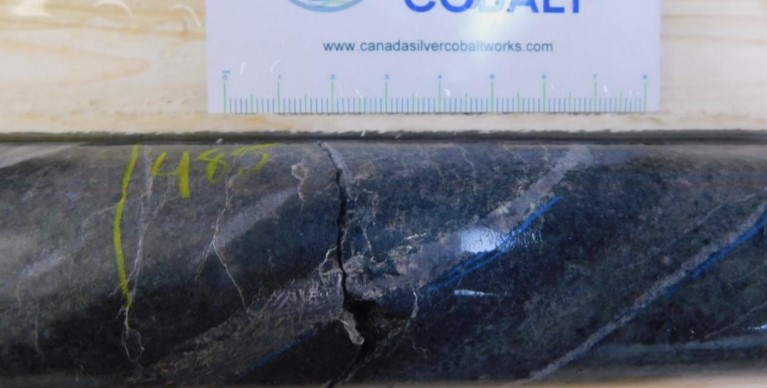 The company believes the two new intersections belong to the same structure as Big Silver and expanded the zone by 15 metres.

Drilling will continue at Castle East. The company expects to release an upgraded and expanded resource estimate in the first quarter of next year. The current estimate is 27,400 tonnes averaging 8,582 g/t silver, containing 7.6 million oz.

“The Castle East grades are truly exceptional – among the highest silver grades in the world – and are comparable to the high silver grades (and vein widths) that were very profitably mined during the silver mining boom in the early 1900s in the Greater Silver-Cobalt camp which included the past-producing Castle, Capitol, and O’Brien high grade underground silver mines (with cobalt by-product), all within 2 km of our Castle East discovery,” said Matt Halliday, the company’s president, COO and VP exploration.

The former Castle cobalt and silver mine is located 85 km northwest of Cobalt, Ont. In May 2020 the project had total inferred resources of 32.9 million tonnes grading 7,149 g/t silver and 2,537 g/t cobalt, containing 7.6 million oz. of silver.

Additional information about the Castle silver project is posted on www.CanadaSilverCobaltWorks.com.