Colombia to tender gold, coal assets by end of June

Colombia plans to hold two bidding rounds — one for gold and one for coal exploration contracts — before the end of […]
By Cecilia Jamasmie April 7, 2022 At 6:45 am 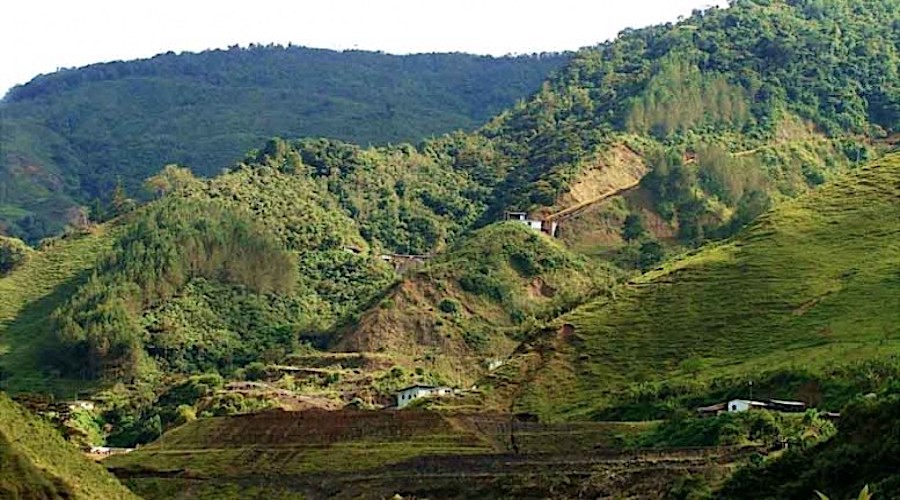 Colombia plans to hold two bidding rounds — one for gold and one for coal exploration contracts — before the end of June, as part of ongoing efforts to strengthen the country’s mining sector.

Speaking at the ELAMI mining conference held this week, the president of the national mining association ANM, Juan Miguel Durán, said the first round of bids will be launched this month and will focus on coal properties.

The official noted the government will prioritize bids that include plans for economic diversification, social management, and financing of forestry projects.

The authority added that there was not a set date for the gold round yet, though it is expected to happen before the end of June.

Data from the association shows there currently are 1,073 copper mining titles in Colombia, with 541,630 hectares being mined, and 32,900 hectares under exploration. In terms of strategic and reserved areas, the agency has set apart 14,776 hectares are for copper mining, while 2.38 million hectares have been earmarked as having potential.

Mining represents 24% of Colombia's exports, 11% of foreign direct investment and 1.3% of GDP.

The country’s main export product after oil is coal, making it the top producer of the fossil fuel in Latin America.

Though far from being a major player in the global mining market, Colombia is the region sixth largest copper exporter and has potential for much more, Durán said.

The country sits on the northern end of the Pacific copper belt, which starts in Panama and ends in Chile, the world’s largest producer of the metal.

The government is currently accepting applications until April 13 from companies interested in bidding for copper licences in blocks 2 and 15, which are part of an area designated as strategic. Participating in this process does not oblige them to present bids, but it allows them to take part in future rounds, Durán said.

Colombia opened five copper areas for bids in early 2021. One exploration and one production copper contract were awarded to local miner Carbomas SAS in September on a 30-year contract.

The lands are located within the Caribbean coastal departments of Cesar and La Guajira, which hold Colombia’s largest coal reserves, producing more than 90% of the country’s total coal output.

The country currently produces only around 10,000 tonnes of the red metal a year and from just one mine — Atico Mining’s (TSXV: ATY) El Roble mine, in the Choco department.

Colombia is also rich in emeralds.