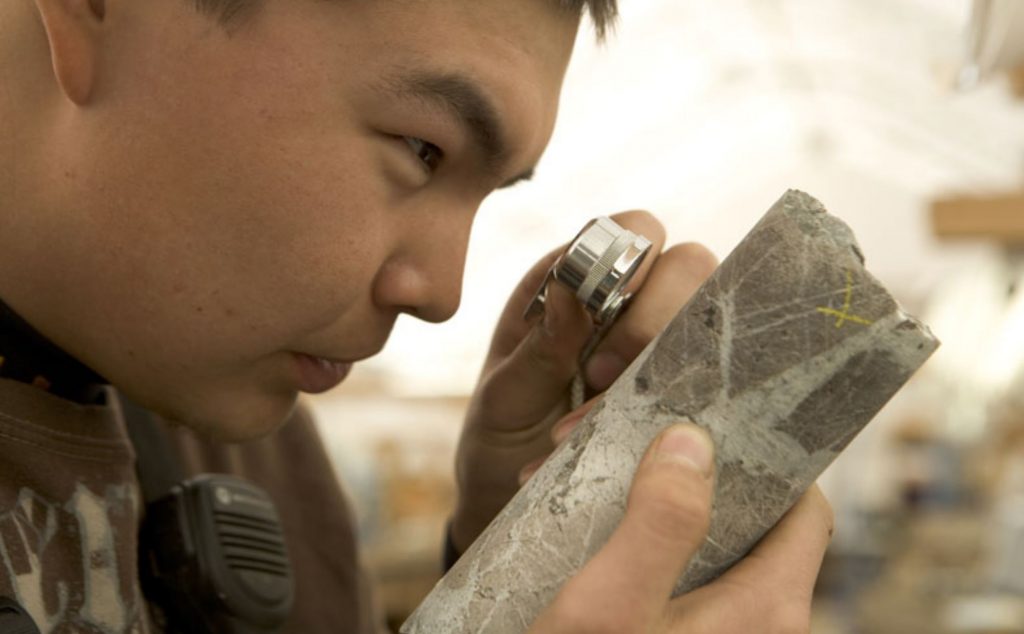 A close examination of core from the Pebble copper-gold project in Alaska. (Image: Northern Dynasty Minerals)

A close examination of core from the Pebble copper-gold project in Alaska. (Image: Northern Dynasty Minerals)[/caption] ALASKA – Northern Dynasty Minerals has closed its previously announced bought deal, raising $11.5 million for its 100% owned Pebble copper-gold project 300 km from Anchorage. (All figures in U.S. dollars.) The original offering was to raise $5 million, but it increased twice, the last time after the U.S. Environmental Protection Agency removed certain restrictions on the project earlier this month. Northern Dynasty will use the proceeds from the offering to pay for engineering, environmental, permitting and evaluation expenses at Pebble. A portion will also be used to advance the environmental impact statement for the U.S. Army Corps of Engineers. The balance is earmarked for outreach and engagement with various stakeholders as well as with political and regulatory offices. The Pebble deposit is one of the largest undeveloped copper-gold deposits in the world. It has measured and indicated resources of 6.46 billion tonnes grading 0.40% copper and 0.34 g/t gold plus an inferred resource of 4.45 billion tonnes grading 0.25% copper and 0.25 g/t gold. Learn more about the Pebble project at www.NorthernDynastyMinerals.com.