The first copper concentrate has been shipped from Nevada Copper’s Pumpkin Hollow project in Nevada to the company’s offtake partner Concord Resources. Production […]
By Magda Gardner January 2, 2020 At 1:01 pm 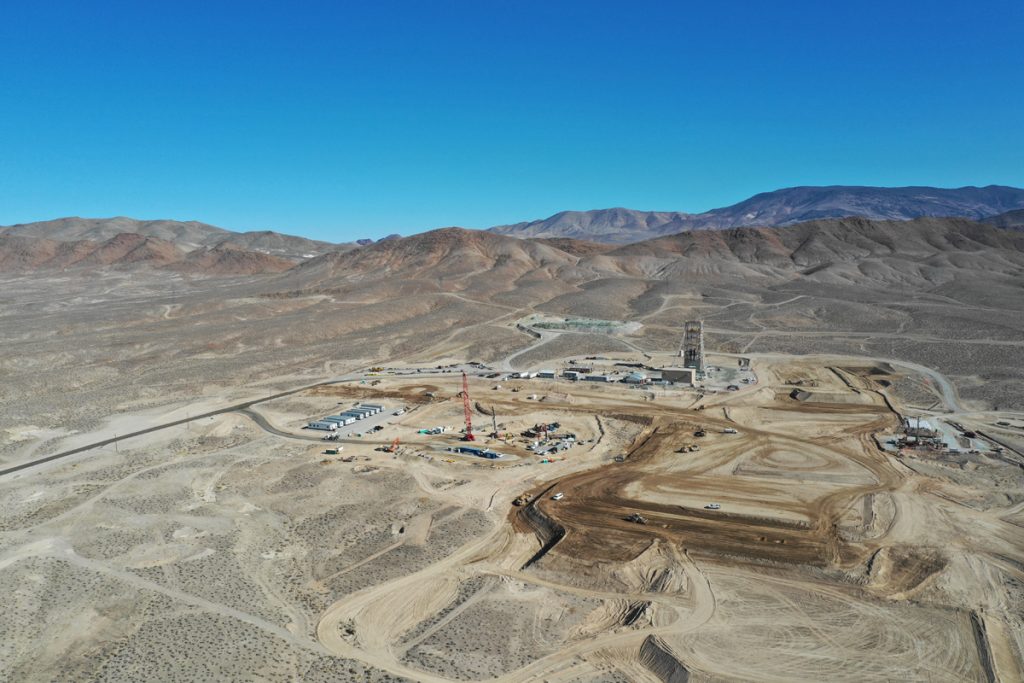 Pumpkin Hollow project Credit: Nevada Copper[/caption] The first copper concentrate has been shipped from Nevada Copper’s Pumpkin Hollow project in Nevada to the company’s offtake partner Concord Resources. Production at the Pumpkin Hollow processing plant started on Dec. 16 and the company expects the underground mining operation will ramp up to full commercial production in the first half of 2020. Pumpkin Hollow is the first new copper producer in the U.S. in over a decade. A construction decision on the underground mine was made just 16 months ago. Based on its latest prefeasibility study, the 4,500-tonne-per-day underground copper mine is expected to produce 50 million lb. copper, 8,000 oz. gold and 150,000 oz. silver annually over its modelled 13.5-year mine life. Annual output over its first five years is modelled slightly higher at 60 million lb. copper, 9,000 oz. gold and 173,000 oz. silver. Proven and probable reserves (for the underground mining stage) are pegged at 21.7 million tonnes grading 1.59% copper, with minor gold-and-silver credits. Pre-production capex for the underground mine comes in at US$197 million. Once its underground operation is fully online, the next task is the company’s fully permitted, second-stage, open-pit plan that models an average output of 163 million lb. copper production annually over 19 years of operational life, with proven and probable reserves of 350 million tonnes grading 0.47% copper, plus minor gold-and-silver credits. The company proposes a phased open-pit mine plan starting at 34,000 tonnes per day in 2023 — with an estimated initial capital build cost of US$672 million — followed by a potential expansion to 64,000 tonnes per day, with another US$473 million in estimated capital costs. At presstime in Toronto, Nevada Copper’s shares were trading at 36¢ within a 52-week range of 18.5¢ and 53¢. The company has 762 million common shares outstanding for a market cap of $274 million. This story originally appeared on www.NorthernMiner.com.