QUEBEC – Northern Shield Resources of Ottawa says it has received most of the assays from the 2017 drilling and surface sampling […]
By Marilyn Scales October 23, 2017 At 4:41 pm 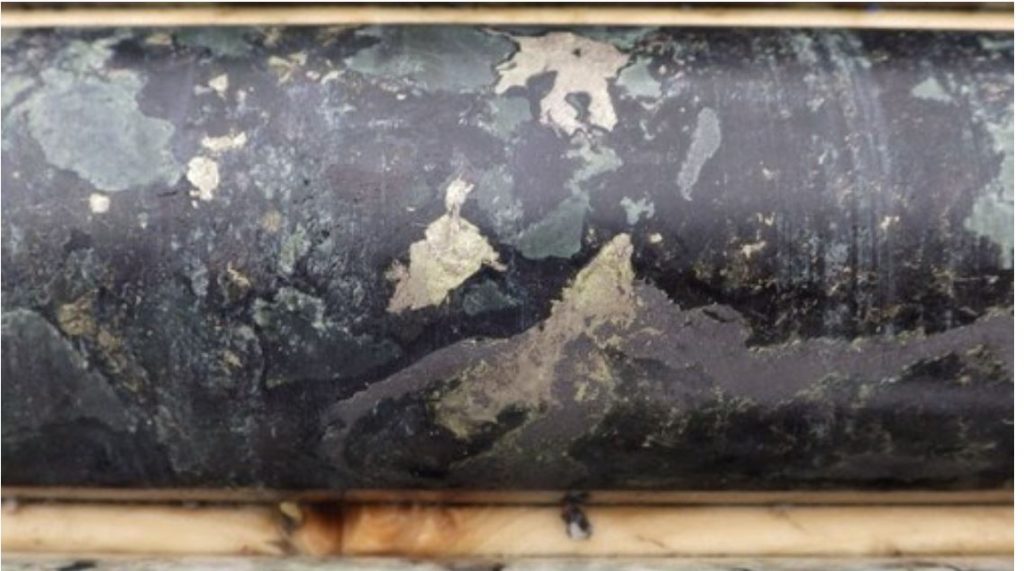 Chalcopyrite, pyrrhotite, pentlandite and magnetite mineralization from drill hole 17HK-12 at 459 metres below surface at the Huckleberry property in Quebec. (Credit: Northern Shield Resources)[/caption] QUEBEC – Northern Shield Resources of Ottawa says it has received most of the assays from the 2017 drilling and surface sampling program at the Huckleberry copper-nickel-PGM property in the south Labrador Trough. Based on results to date, the company’s program has defined an extensive layer of low grade mineralization that is still open in three directions. Four drill holes tested the Western Copper zone, believed to be the principal host of the mineralization. All four holes intersected mineralization hosted in the lower olivine websterite (LOW) that has been traced along a 3,000-metre strike length with a down-dip extension of more than 1,200 metres. The best assay came from a 1-metre interval in hole 17-HK16 that assayed 0.63% copper, 0.32% nickel and 0.47 g/t PGM. Four additional holes were collared in the Eastern Copper zone. They targets near surface mineralization and tested for potential upward leakage of mineralization through a fault zone from a magma chamber at depth. Two of the holes cut widespread, weakly to moderately disseminated pyrrhotite and chalcopyrite. The Eastern Copper zone is generally poor in nickel and PGMs. The Huckleberry property is  owned by Northern Shield, but South 32 has completed enough work under a 2016 option agreement to have earned a 50% interest in the project. More information is available at www.Northern-Shield.com. 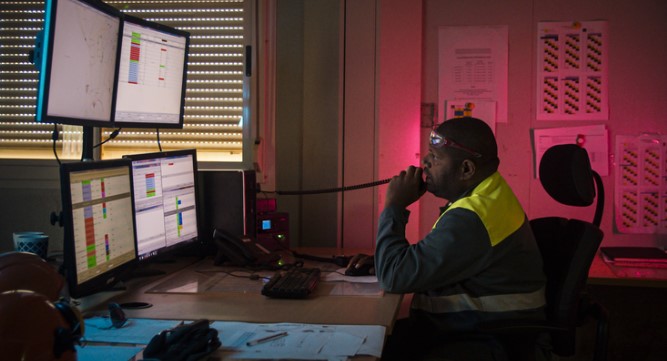