Gold is a hot commodity these days. With the pandemic news and gold prices reaching new highs, gold heap leach projects are […]
By Alisha Hiyate June 29, 2020 At 2:10 pm 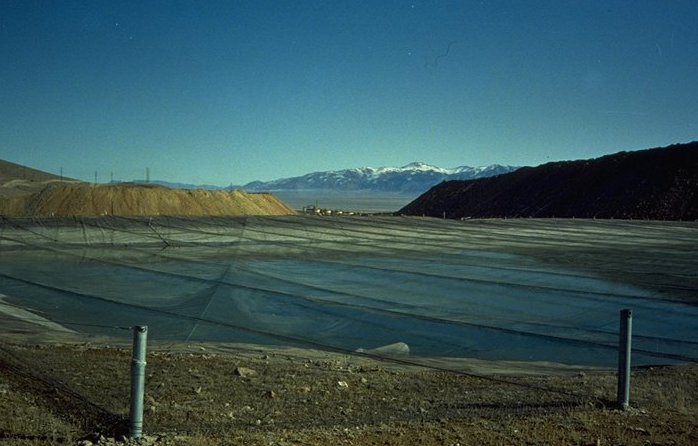 Gold heap leach pad in Nevada. Credit: Wikimedia Commons/Metallos~commonswiki[/caption] Gold is a hot commodity these days. With the pandemic news and gold prices reaching new highs, gold heap leach projects are getting a fresh look, but where are the projects? Since 2017, the gold resources reported at mine projects have grown from 700 million troy ounces in 41 countries to 877 million troy ounces in 52 countries in 2020. The top five countries in 2017 were United States, Mexico, Chile, Russia and Peru, but in 2020, Uzbekistan displaced Peru to rank as the second largest gold resource behind United States. The Uzbek resources are contained in three deposits, as the Muruntau deposit contains the world's largest gold resource. Two other Uzbek mines are Zarafshan and Amanaytau. The importance of gold mining to countries should not be underestimated due to the enormous economic contribution, because the shiny metal contained in 83 deposits in the U.S. contributed the largest share at 32% of the total of total non-fuel mineral values of $86.3 billion. So what is this resource worth? If you can get it out of the ground, the in-place value at the current gold price is over $1.5 trillion. [caption id="attachment_1003739969" align="alignnone" width="550"] Largest gold heap leach projects by country. Credit: MiningIntelligence.com[/caption] So how do you evaluate these projects? Having the best cost estimating tools are a must. The CostMine team has just released the Gold Heap Leach Cost Estimating Guide. The 2020 release is a fully updated version of the guide first published in 2015. The Guide will serve as a valuable reference to evaluate the cost, feasibility, design and operations for recovery of gold by heap leach operations. The Guide contains cost models of mining and processing for gold heap leach mine operations in addition to addressing several technical topics on gold heap leach not available elsewhere. Learn more about the Gold Heap Leach Cost Guide at www.costmine.com.